Skip to content
TRENDING
Meet SWE’s FY19 President-Elect, Cindy Hoover 9 months ago
Life & Work: A Lawyer and an Engineer Enter a Courtroom … 4 months ago
How to Have a Great Transition to College 5 months ago
Apply for the Collegiate Video Competition 4 months ago
Scrapbook: The Universe Was Hers to Conquer 7 months ago
Next
Prev
Facebook-f Twitter Linkedin-in Youtube Soundcloud Instagram Flickr

The FIRST LEGO LEAGUE focuses on students in grades 4-8 that research a real world problem & design, build, & program robots to compete in solving that problem.

“We pave the sunlit path towards justice together, brick by brick. This is my brick.” ~ Tim Cook 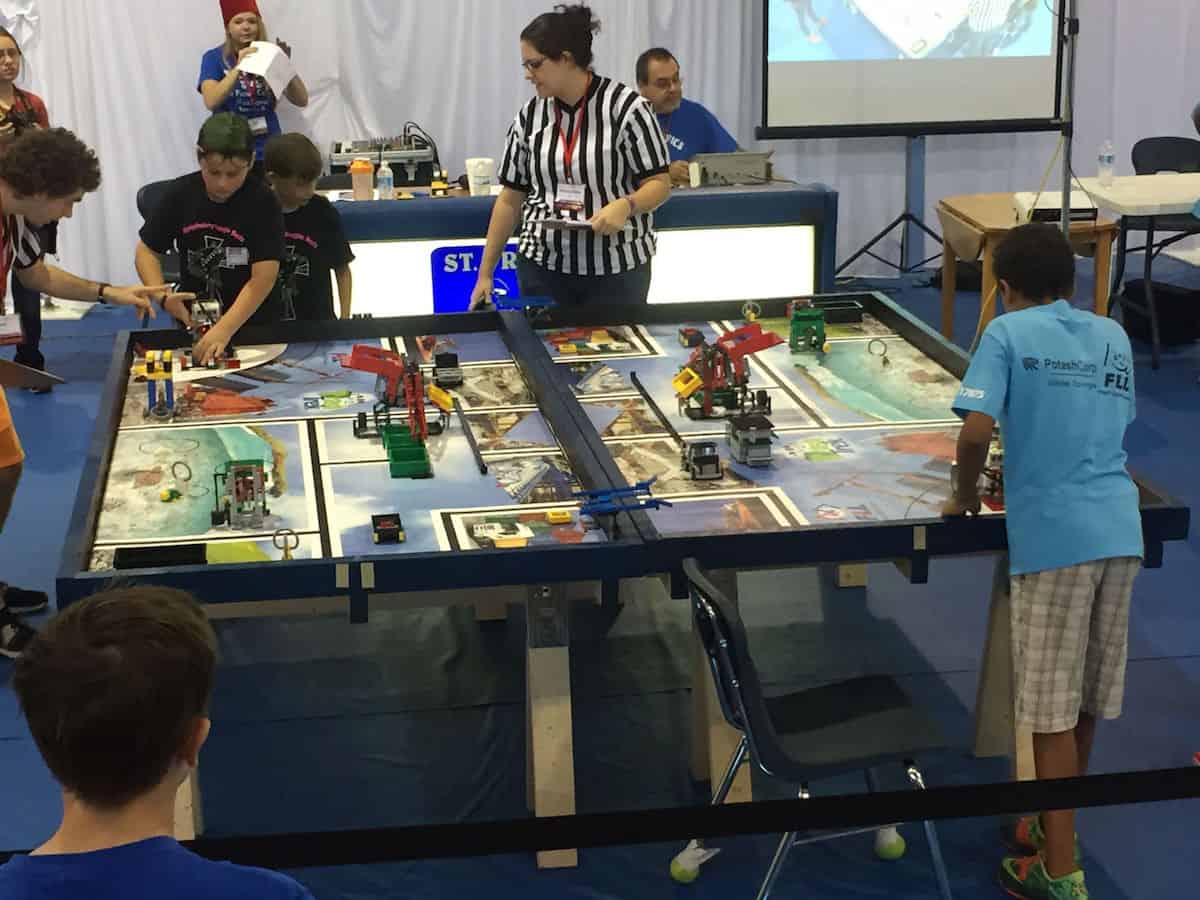 WolfBotics is in its third year as part of the FIRST organization, competing in the high school division with a large-scale fully functioning robot. The largest, and most established robotics league for over 25 years, FIRST is an international non-profit youth organization with the mission to inspire young people to be science and technology leaders. FIRST’s philosophies align very closely to SWE’s mission. 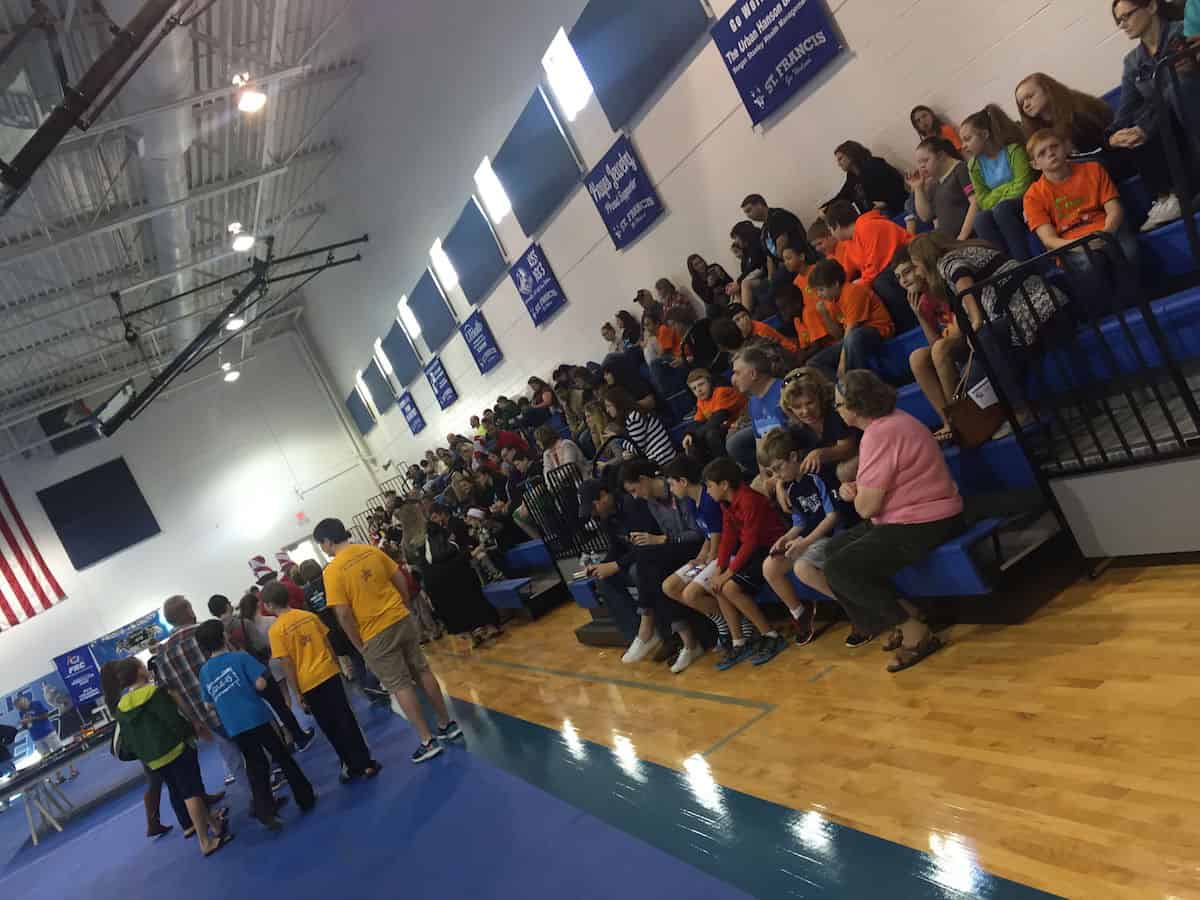 The FIRST LEGO LEAGUE targets students in grades 4-8. Kids research a real-world problem and design, build, program a robot, then compete on a table-top playing field. The students at St. Francis Catholic Academy hosted schools for a qualifying competition event, whose theme was recycling. According to FIRST, “The TRASH TREKSM Challenge asks teams to explore the hidden but fascinating world of trash. They must also invent a solution to help our trash problem and create their own LEGO MINDSTORMSÂ robot to accomplish trash-themed “missions” on a playing field, and show how well they practice FIRST LEGO League Core Values.” 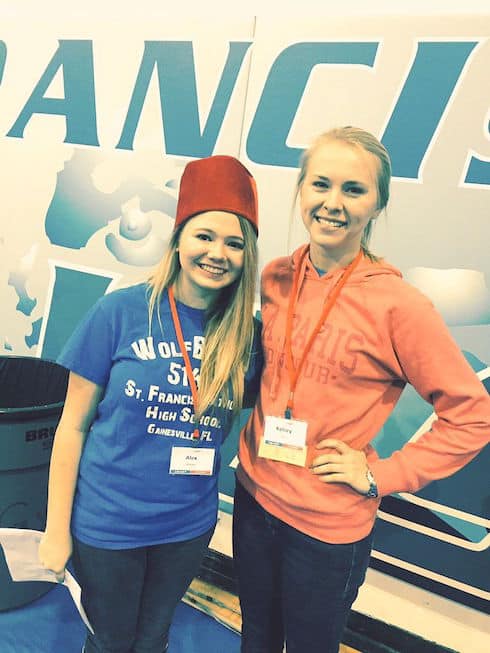 As part of WolfBotics’ passion and commitment for outreach in educating the community in the importance of women leaders in S.T.E.M. jobs, the high-school students successfully modeled, mentored and led during the qualifying event, the Florida Lego League Swamp Stomp, which recently held its inaugural match. While WolfBotics’ Captain, Alexandra DiCairano served as hands-on mentor to area elementary schools during the build season, many members came together as volunteers for the event. Former Captain and current Mechanical Lead, Mary Alice Klink noted, “It was pretty spectacular seeing all the females head up this event. We had women engineers as judges and volunteers. We had friends and mentors from UF’s SWE chapter. All in all, it was a powerful message to our community about how girls feel about S.T.E.M.” Having been interviewed by the local news station, Alexandra reflected after the event, “It was a terrific turn-out of schools from the area. We were pleasantly surprised to see all the young girls! We’re happy that we could show families and friends the importance of supporting their daughters’ dream of moving into math and science-oriented careers. Once a girl sets her mind to it, there’s no stopping her!”

“You are the most talented, most interesting, and most extraordinary person in the universe. And you are capable of amazing things.” ~The Lego Movie