Skip to content
SWE's Ongoing Work for Intentional Inclusion >
WE20 Has Gone Completely Virtual >
TRENDING
Podcast: Louvere Walker-Hannon on Getting More Black Women Involved in STEM 5 days ago
When Reality Ruins Your Plans, You Pivot. 6 days ago
Women’s History Month Through the Scope of SWE 2 days ago
4 Easy Ways to Engage Girls in Engineering on Girl Day, 2021 6 days ago
March is Women’s History Month! 5 days ago
Next
Prev
Facebook-f
Twitter
Linkedin-in
Youtube
Soundcloud
Instagram
Flickr

Most award recipients will receive a cash award of $2,000 for their senior year of engineering study, and a few will receive $1,000 for one semester. 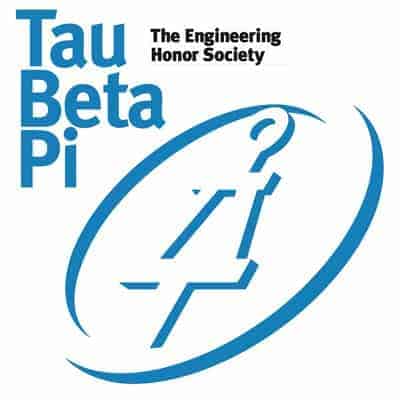 The Fellowship Board of Tau Beta Pi, the engineering honor society, announces the selection of 271 Tau Beta Pi Scholars from 679 applicants for undergraduate study during the 2017-18 academic year. Most recipients will receive a cash award of $2,000 for their senior year of engineering study, and a few will receive $1,000 for one semester. All TBP Scholarships are awarded on the competitive criteria of high scholarship, campus leadership and service, and promise of future contributions to the engineering profession. All scholars are members of the Association.

The Record Scholarships, awarded for the first time in 2001, commemorate Leroy E. Record, KS  ’29, whose generous bequest will provide earnings to support awards in perpetuity.

The Dechman Scholarship was established in 2015 by David, VA  ’82, Ken, and Jim Dechman, TX  ’89, to honor their father, Don A. Dechman, TX  ’57, on the occasion of his 80th birthday. The Dodson Scholarships are sponsored by the late Charles R. Dodson, MD  ’30, who made generous gifts to the Association in 1998 & 1999. Placed in the C.R. Dodson Scholarship Fund, its investment earnings will support the program in perpetuity. The Faidley Scholarships are named for LeVern W. Faidley, Ph.D., IA  ’67, who made a gift in 2017 to support two scholarships.

The Forge Scholarships are named for Charles O. Forge, CA  ’56, who left a bequest to Tau Beta Pi in 2010. The wife of Eddie L. Lyons, CA  ’76, made gifts in his memory to finance the Lyons Scholarships. Thomas L. Maniscalco, DEN, NY E ’67, made gifts in memory of his parents, Frances and Joseph Maniscalco, for the Maniscalco Scholarship to be given to an aerospace/mechanical or mechanical engineering student at NY Rho and NJ Beta.

The four Soden Scholarships are named for Archie D. Soden, CA  ’51, who has made gifts to Tau Beta Pi to fund scholarships in perpetuity. Elsa and Peter H. Soderberg, CT  ’68, sponsor the Tau Beta Pi–Soderberg Scholarships, awarded for the 17th year. The Spirit of Apollo Scholarship is supported by Philip H. Kitchens, LA  ’67, to honor the legacy of the U.S. NASA Apollo program. The Van Wagenen Scholarship honors William E. Van Wagenen, NY Q ’78, who made a gift in 2016 to support the program.

Corporations sponsor the remaining scholarships. The Alabama Power Foundation, Inc. made a gift in 1995, which is now sufficient to endow an Alabama Power Scholarship, awarded for the 14th time this year. The Bose Foundation made a gift in 2017 to sponsor the 11th Bose Scholarship. Awarded for the 9th year, the GEICO Scholarship is sponsored by GEICO Insurance. The Lindeburg Scholarship is sponsored by Professional Publications, Inc., and named for its president, Michael R. Lindeburg, P.E.

Tau Beta Pi is the Engineering Honor Society, founded at Lehigh University in 1885. It has collegiate chapters at 246 engineering colleges in the United States and active alumni chapters in 41 cities. It has initiated more than 583,000 members in its 132-year history and is the world’s largest engineering society.