This article is from LEGO’s newsroom.

Under the headline “Ladies rock outer space”, LEGO® fan designer Maia Weinstock presented her idea for a Women of NASA LEGO set to the LEGO Ideas crowdsourcing platform. Here it gained lots of support from other fans and was selected for production for its inspirational value as well as build and play experience.

As a science editor and writer, with a strong personal interest for space exploration as well as the history of women in science and engineering, Maia Weinstock’s Women of NASA project was a way for her to celebrate accomplished women in STEM professions.

“In all realms of science, engineering, and technology, pioneering women have historically been underappreciated for their often groundbreaking work. We have also seen that when girls and women are given more encouragement in the STEM fields, they become more likely to pursue careers in these areas,” said Maia Weinstock. “With this project, I wanted to spotlight a fantastic group of women who have made seminal contributions to NASA history. My dream would be to know that the first human on Mars — or an engineer or computer scientist who helped her get there — played with the LEGO Women of NASA as a child and was inspired to pursue a STEM career as a result.”

The final design of the Minifigures and set was done by LEGO designers Tara Wike and Gemma Anderson. In the original proposal, five NASA women were included but the set include just four, as Katherine Johnson chose not to be part of the set. Tara Wike got to visit the Massachusetts Institute of Technology to present the final Minifigure designs to Maia Weinstock and Margaret Hamilton, who is one of the scientists immortalized in LEGO shape.

“It was a great experience to give these amazing women their new LEGO identity and a great honor to personally present Margaret Hamilton with her very own Minifigure,” said LEGO Design Manager Tara Wike. “What they have achieved is truly inspiring to me, and I hope it will inspire children to make their dreams come true.” 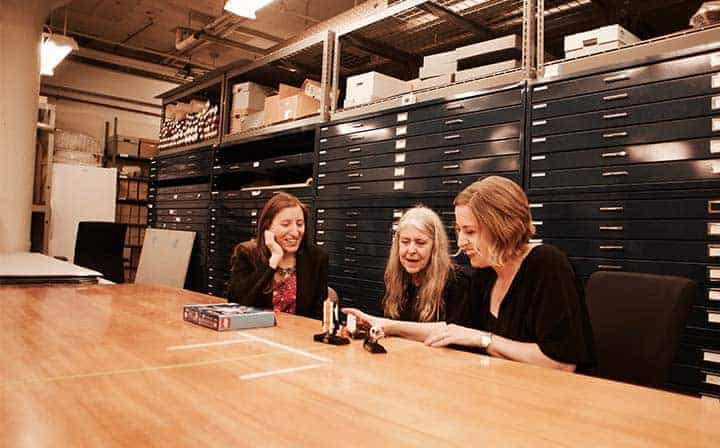 To celebrate great achievement and inspire all children to become what they most dream of, a challenge titled Breaking Boundaries will soon be launching on LEGO® Life – a safe social network for children under the age of 13. The campaign asks children to build their dream job and share their creation on LEGO Life using the four role models to remind all that the sky does not need to be the limit.

LEGO Women of NASA will be available for purchase worldwide from November 1st but lucky fans visiting New York will be able to purchase the set already on October 28th where Maia Weinstock hosts a Signing event at the Flatiron District LEGO Store. Please go to LEGO Ideas for more details.

LEGO® Women of NASA include:

Three LEGO® builds illustrating the areas of expertise of the four featured women of NASA.