The award recognizes SWE's “Letters from 1919” campaign, which features content from SWE’s archives. Last year, SWE won a Golden Trumpet Award for this blog, All Together. 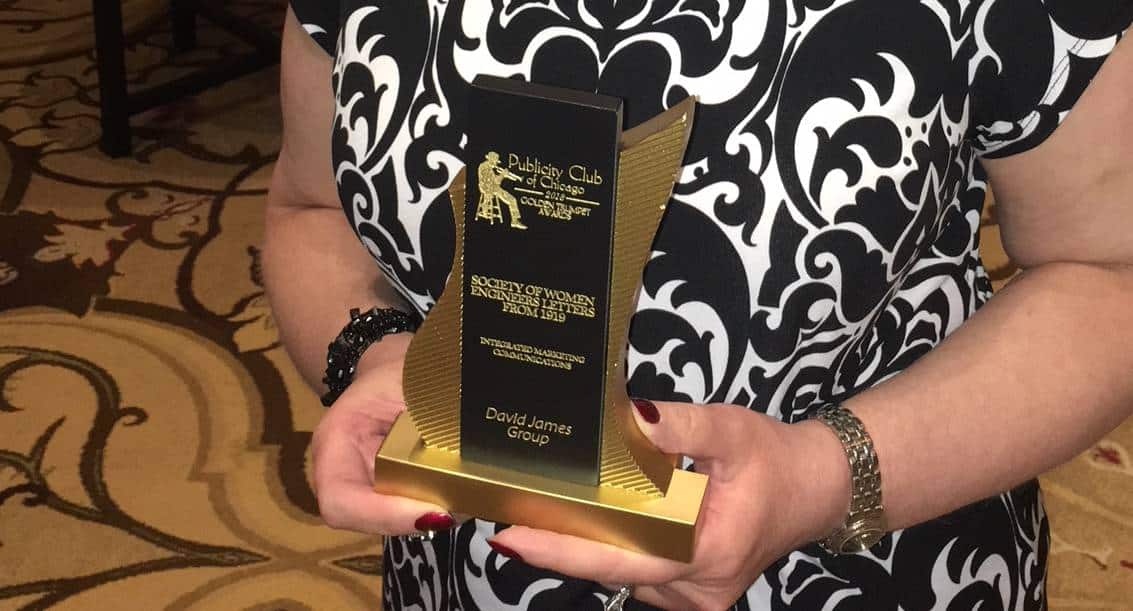 For the second year in a row, the Society of Women Engineers (SWE) has won a Golden Trumpet Award from the Publicity Club of Chicago. The award recognizes SWE’s “Letters from 1919” campaign, which features content from SWE’s archives. The letters show what women have had to overcome to advance in the male-dominated profession of engineering. Last year, SWE won a Golden Trumpet Award for this blog, All Together.

For SWE’s Founders Day, May 27, SWE highlighted letters written in 1919 by two University of Colorado engineering students, Lou Alta Melton and Hilda Counts. They wrote letters to U.S. colleges of engineering asking if any female students had been enrolled because they were trying to start the American Society of Women Engineers and Architects (ASWEA), a precursor to SWE, and they were looking for potential members. Melton and Counts sent letters to every engineering and architecture department they could find, asking for information about any women who had taken courses.

SWE’s archives contain some remarkable notes from deans and professors replying to Melton and Counts. To give these responses some historical context, in 1919, most American engineering societies did not accept women as full members, and women were not admitted into many colleges. This correspondence was written just after World War I ended, and as the 19th Amendment to the U.S. Constitution was being ratified, giving women the right to vote.

Today, only about 15% of engineers are women. SWE’s mission is to increase that number by encouraging more women and girls to consider a career in engineering and by advancing women engineers as leaders in the profession.

SWE created a blog post about the letters, which included links to the archives and to the original letters. It also included quotes from some of those letters that cited the law and school policy against admitting women to engineering schools.

“We do not permit women to register in the Engineering School under our present regulations,” wrote William Mott, Dean, Carnegie Institute of Technology, February 5, 1919.

“Under our State system of higher education, women are not admissible to the University of Florida, nor men to the Florida State College for Women at Tallahassee. While the State College at Tallahassee does not have any engineering departments, it does offer courses in applied science,” replied R. Benton, Dean, College of Engineering, University of Florida, February 5, 1919.

Some of the letters expressed doubt that Melton and Counts would find enough women who were interested in engineering to form a society.

“You ask for information or suggestions. I have only this say, that I suspect the number of women who have undertaken general engineering courses is so few that you will hardly be able to form an organization. However, I may be mistaken. Yours very truly,” concluded William Raymond, Dean, College of Applied Science, The State University of Iowa, February 4, 1919.

“In reply to your recent communication, I would state that we have not now, have never had, and do not expect to have in the near future, any women students registered in our engineering department. Yours very truly,” wrote Thorndike Saville, Associate Professor, The University of North Carolina, May 12, 1919.

The story about the Letters from 1919 in SWE’s archives was picked up by several publications such as The Atlantic, Glamour, InStyle, and Fortune.

The letters were also used by Boeing to create a powerful video. Women engineers at Boeing are shown reading and reacting to the content of the letters. The video has been viewed more than 200,000 times.