Public policy advocate and dedicated SWE member; mentor and friend to many. 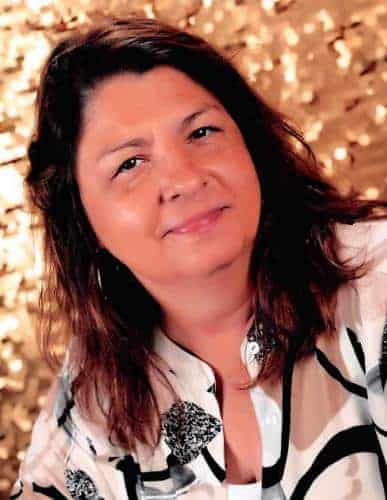 Paula Stenzler, D.Eng., of the Central Florida Section, died Jan. 7, 2019. Dr. Stenzler was a longtime member who served SWE in many capacities on the Society level. A nearly 25-year employee of Universal Orlando Parks and Resorts, she was senior director of engineering and safety for Universal Creative. As both an employee and a volunteer, she had a keen ability to effectively integrate her interests in public policy and STEM education.

A role she embraced with distinction concerned public policy, having served first as chair and then as coordinator of SWE’s government relations and public policy committee. Dr. Stenzler presented at and participated in seven of the Society’s congressional outreach events. The above photo was taken during SWE’s 2016 congressional reception, held at the House of Representatives Rayburn Building. Her ability to clearly articulate the issues and convey them to legislators was an inspiration to many.

Her local representative to the U.S. House of Representatives, Dan Webster, R-Fla., spoke at SWE’s Capitol Hill receptions, as well as at an outreach event Dr. Stenzler organized between Universal Studios’ technical services division and Valencia College. In an interview on SWE’s All Together site, Dr. Stenzler described the event: “This is an example of SWE members working with local business, government, and academia to meet the growing needs of a diverse and inclusive STEM workforce in Central Florida.”

Dr. Stenzler had five patents in her name and was part of the development team on several other patents. She was an active member of ASTM F24, setting industry guidelines and standards for amusement park rides and devices. She served as SWE counselor to Valencia College’s SWE Collegiate Section and as an advisory board member to the college’s electrical and electronics engineering technology program. Dr. Stenzler also judged an annual collegiate engineering and arts competition, the Ryerson Invitational Thrill Design Competition, hosted by Universal and Ryerson University. In 2018, one of the awards was named in her honor.

Regarded as a great colleague and personal friend, Dr. Stenzler’s boss noted that she was instrumental in developing his consciousness regarding diversity in the workplace. In a tribute he sent throughout the creative division, Steve Blum also wrote of the “many young people who have careers through her [Paula’s] mentoring, and who developed their ethical rudders under her guidance; many industry colleagues … who sought her out for her wisdom, commitment, and resolve to make engineering a place for women; and many in Washington who were swayed by her steadfastness. However, all are eclipsed by the millions of guests who never knew her, but for whom she played a critical role by making happiness, thrills, and safety her #1 priorities.”

Dr. Stenzler earned her Doctorate of Engineering in systems engineering from Old Dominion University, her Bachelor of Science degree in mechanical engineering from the University of Central Florida, and Master of Science in management from New England College. She was a world traveler and accomplished seamstress, who cherished time with family and friends. Dr. Stenzler is survived by her children, Sonja (Edward Jr.) Condon, Michael Stenzler, and Rachael Stenzler, as well as two grandchildren, two brothers, and a sister.

Services were held Jan. 16 at Parker Bros. Memorial Funeral Home, Watervliet, New York. The family requests that donations in Dr. Stenzler’s memory be made to the Society of Women Engineers.