In general, you must be a driven high achiever when the odds are stacked against you for succeeding in such a male-centric profession, where ego, ambition, and perfection can ultimately determine your success and the perception your peers have of you.  But if you’re just middle-of-the-road as a female in engineering, where does that really leave you?

“An Average Engineer” was written by SWE member Suzie Olsen.

I’ve been hesitant for a long time to say this out loud because I know my friends and family will come to my defense and because I’m a little bit afraid of harassment from online trolls, but I think of all the engineers and engineers-to-be who are like me. And thus, I need to confess: I’m an average engineer.

I’m not saying I’m not smart.  I’m not saying I’m not amazing (indeed my self-esteem is at above-average levels most days).  What I am saying is when it comes to engineering, I’m pretty average at it.   I received mostly Bs and Cs for most of college engineering classes, graduating with a 3.1.  I struggled with Calc III and Physics III, barely squeaking by with a C on a curved scale.  At my first and only engineering internship, I never did quite finish the big task given to me before returning to school in the fall—I got close enough to call my internship performance satisfactory and a  “you can use me as a reference”  from my boss.

Then my first engineering job upon graduation was as a contract test engineer; I wasn’t even a permanent hire.  I muddled my way through writing Perl scripts for testing products and did well enough at the hands-on testing that they were going to extend my contract, but lucky for me I was hired by another company for a full time Engineer I (E1) position!  There were two other E1s on the team and together we kicked butt over our first six months. We kicked so much butt, in fact, that we were all promoted to Engineer 2 after those six months! But that was the last promotion I received that took less than 5 years to achieve. And it was the last time that I received “always exceeds expectations” (or 5 out of 5) on my performance reviews.

These days I consistently “meet expectations” (or 3 out of 5) on every single performance review.  Life has thrown me enough curve balls (Rheumatoid Arthritis for one) that I’m satisfied with “meets expectations.”  I’ll take that I’m okay, good enough to keep on keeping on at my job.  I’m not as ambitious as I was in those early days of my career, and I certainly don’t measure my life’s worth by my professional accomplishments as pressures might otherwise drive us to do.  I’m fine with being ok as an engineer, but I worry about the other average engineers out there—especially the female ones.

An interesting statistic for female engineers is that most are high achievers in high school[1].  Most female engineers are the cream of the cream.  In general, you must be a driven high achiever when the odds are stacked against you for succeeding in such a male-centric profession, where ego, ambition, and perfection can ultimately determine your success and the perception your peers have of you.  But if you’re just middle-of-the-road as a female in engineering, where does that really leave you?  On the outside looking in?  Are you even still relevant?  Is this what is driving women out of engineering in their mid-careers?  And we already know that if girls perceive themselves as ‘just not good at math’, even though they have the same grade as their male counterpart, that they’re less likely to pursue a STEM degree[2].

The same article talks about boys who are average in math who still pursue a STEM degree. Researchers attribute that to “growth mind set.”  I guess I must have a little of that growth mind set; I do love learning new things, and what is engineering if not an opportunity to learn something new and wonderful about how the world works?  I also think I must be a little bit stubborn, or else why I have I stayed in this cup when I’m average milk?  (Okay, the money also keeps me motivated to stay.)

Don’t let being average in STEM stop you from pursuing engineering—for all its flaws, engineering has great attributes too.  I mentioned above the money, right? But I also get to help save lives in my daily work. That’s pretty cool. Only a handful of professions get to make that claim.  So, cheers to all my fellow average engineers, steadily and consistently making the world a better place (and cheers to the excellent engineers as well—us average engineers couldn’t do it without your support)!

Phew, do I feel better getting that off my chest… 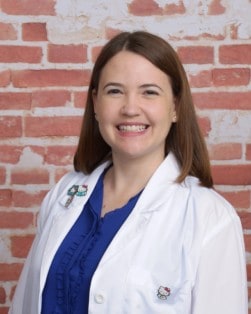 Suzie Olsen is a systems engineer in Phoenix, AZ. She graduated from Arizona State University with a BS is Electrical Engineering and a MS in Global Technology and Development. With fourteen years in engineering, she currently works on the search and rescue system for the US Coast Guard. She is also the author of Annie Aardvark, Mathematician and creator of the blog STEM Spark. Suzie’s spark is to encourage students, especially girls and minorities, to consider careers in science, technology, engineering, and math (STEM).  She is involved in the Society of Women Engineers Phoenix Section and participates in various STEM outreach events around Phoenix.  She lives with her husband and child, performing STEM experiment after STEM experiment with her child.