Viewpoint: Looking for a Job

Reflecting upon my career, it’s a bit of a shock to realize how much the job search process has changed. Along the way, I adapted and employed a variety of methods to identify potential employers, but also came to realize the power of my own network.

I have job-hopped enough to span job-searching techniques from the old-fashioned “print resumes on nice paper and mail to potential employers with a stellar cover letter” to the more current “search the internet for companies and make contacts mostly online.” 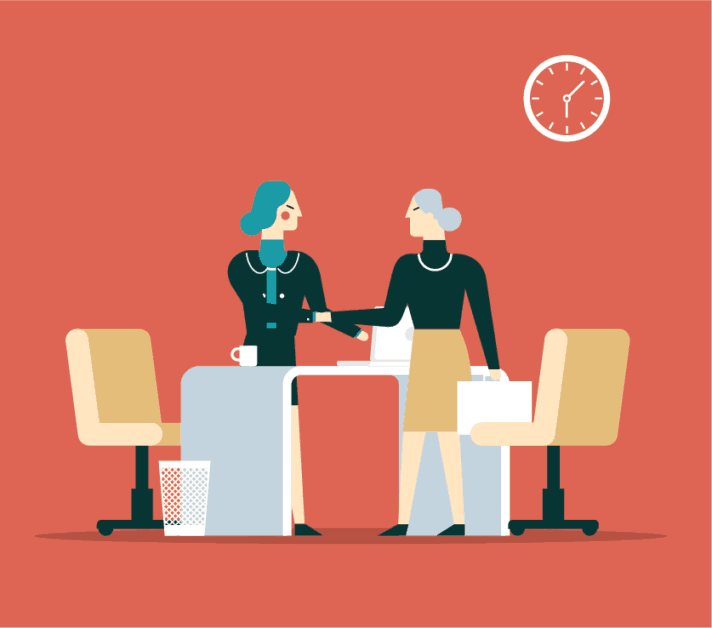 I found my early jobs by responding to posted job descriptions in technical journals and on job boards at conferences with hard copy, postal-mailed resumes and cover letters. Following those, I had solidified my experience and credibility, and my network was developed enough that, for the most part, I was recruited for my next three positions.

The hardest thing about looking for a job in the 1970s was figuring out what companies to apply to and how to convince them that they needed to at least interview you. I have a vague recollection of books that described companies and what they did, organized by engineering discipline. So you would sit with these gigantic books and go down the list looking for “electrical engineer” and then try to figure out what kind of electrical engineer they were looking for, and then craft a nice cover letter and send it along with your resume on high-quality paper to the HR department.

Surprisingly, it worked more often than you might imagine.

In university, I found my co-op job through a friend of my father’s, and I found an excellent graduate school opportunity while waiting for my advisor to return to his office and perusing a job board. Seems completely random.

Some companies came to campus to recruit, but it wasn’t a wonderful time to be a woman earning an engineering degree. I had one recruiter tell me that I was lucky because “they are looking for women.” My response? “Who is ‘they’? I should be interviewing with them.” Of my ~10 women friends graduating, only one had a job offer, and she received multiple offers. The rest of us went on to grad school or moved to cities where we wanted to live and started job searches there.

Until the advent of the internet and its accompanying “more information than you know what to do with” phenomenon, I’m not sure the process of finding a job had changed appreciably since the 1940s. Looking back on my job searches over the years, what strikes me the most, aside from the ease of being able to identify what companies are out there and what they do, is the change in companies’ responses. When I mailed paper resumes to “HR,” I generally got a letter saying they had received my resume and would consider it. Applying for a job in 2015, it was rare that the website even acknowledged that your submission was complete.

Another significant change: When I first graduated, companies seemed to focus on engineers who were educated, and then the company took the responsibility to train them. More and more, I see companies now who want someone already trained to do what they need. This is a distinct disadvantage for people in a situation such as I was, just graduating from university with a generic electrical engineering degree and looking for a field that interested me. That pressure to choose your focus area while still an undergraduate puts more and more emphasis on internships and other ways of obtaining experience to find what really interests you and what you want to do every day at work.

I was lucky enough to stumble across many interesting and engaging opportunities, each one teaching me something new and leading to the next opportunity. Was there some perfect job out there for me that I just never connected with? Maybe — but probably not. In the end, I have to say that it all worked out.

Viewpoint: Looking for a Job was written by Sandra Hyland, Ph.D., F.SWE, a materials and process improvement engineer with the Northrop Grumman Corporation. She has been active in SWE for more than 25 years, holding a variety of section offices and sitting on many different SWE committees, most recently the editorial board and the ethics committee. She holds a B.S. in electrical engineering from Rensselaer Polytechnic Institute; an M.S. in electrical engineering from Rutgers, the State University of New Jersey; and a Ph.D. in materials science from Cornell University. This article appears in the 2019 Conference issue of SWE Magazine.

Until the early 1970s, it was a common practice for help wanted ads to be listed in separate male and female categories, consistent with gender stereotypes. Employment ads for “Help Wanted – Male” and “Help Wanted – Female” filled the newspapers. It took a Supreme Court ruling — (Pittsburgh Press Co. v. Pittsburgh Commission on Human Relations, U.S. Supreme Court, 1973) to change this practice.

As reported in the June 21, 1973 issue of The New York Times: “The 5-to-4 decision was a victory for advocates of women’s rights, who maintain that such distinctions in advertising should be allowed only where there is a legitimate connection between occupation and sex. The complaint that touched off the suit was brought by the National Organization for Women…. The majority concluded that ‘by implication, at least, an advertiser whose want ad appears in the jobs-male interest column is likely to discriminate against women in his hiring decisions,’ and the newspaper was aiding him in that policy by publishing the advertisement.”

Although some newspapers had discontinued the practice by then, others changed their policy only after the ruling was made, but it took the better part of the 1970s for the practice to cease altogether.

“Sex Discrimination in Help Wanted Ads” was written by Anne M. Perusek, Director of Editorial & Publications. This article appears in the 2019 Conference issue of SWE Magazine.

Day in the Life of a Petroleum Engineer: Dr. Shawn Simmons