While the United States — and the world — begins to take a more critical look at racism and the treatment of Blacks in society, academia and STEM called for a strike to stop business as usual and start actively working toward change. 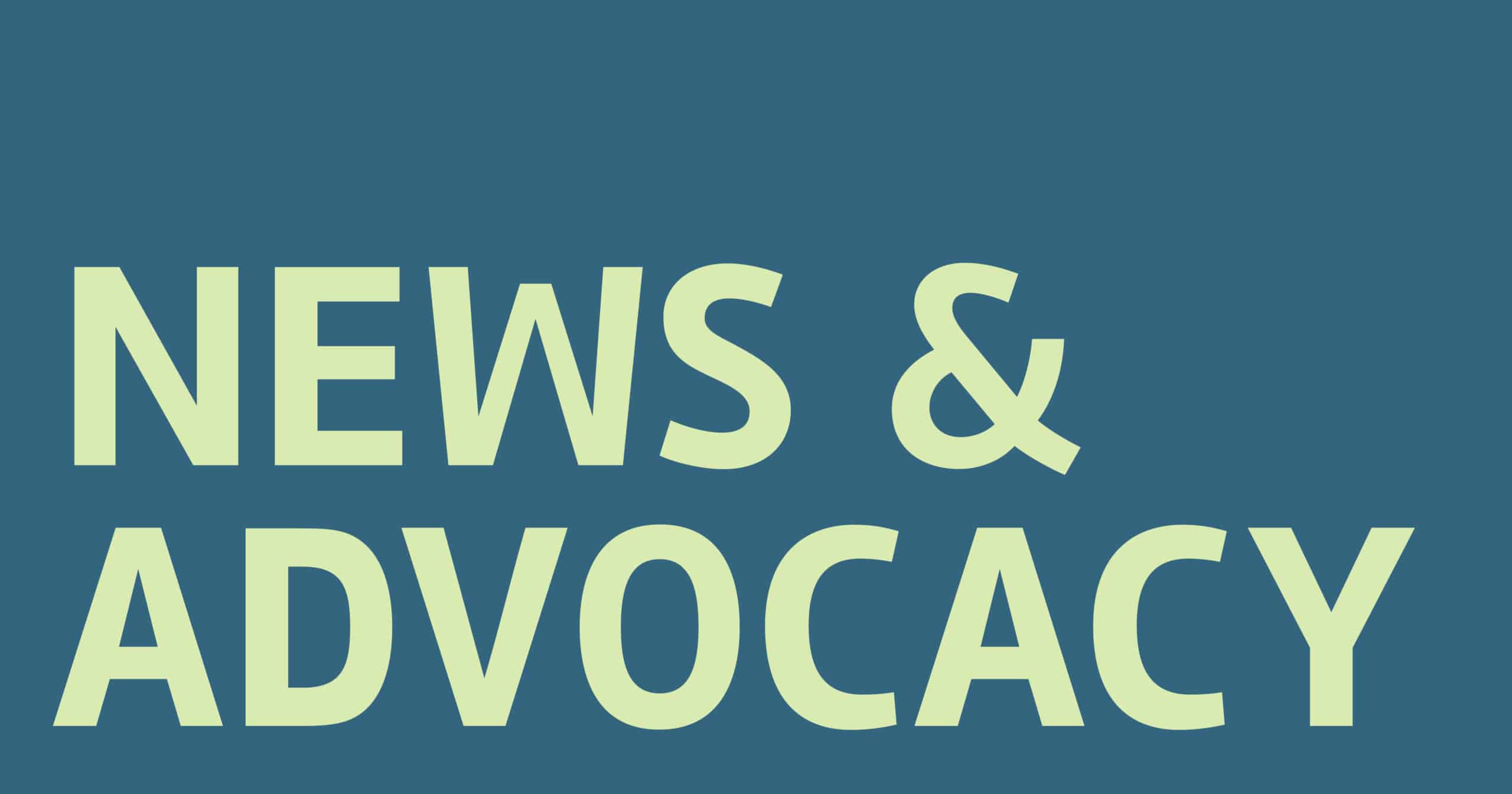 Institutionalized, systemic racism impacts every aspect of life — and higher education and STEM are no exceptions. This was the rationale behind the call to #ShutDownSTEM on June 10, 2020 — an initiative SWE supported by silencing its social media that day in solidarity (see https://bit.ly/3eYNLyi).

The outrage over the recent killings by police of George Floyd, Breonna Taylor, Ahmaud Arbery, Tony McDade, and other Black Americans has created an uproar that has risen to a decibel previously unheard. It’s spurred many people to call for not only a conversation about the problem of racism, but also an effort to actively work against it.

In the sphere of academia and STEM, a groundswell of voices quickly came together to make June 10 a day to not have “business as usual,” but to actively engage in work to eradicate anti-Black racism.

An initial call to #Strike4BlackLives came from the academic physics collective Particles for Justice, spearheaded by Chanda Prescod-Weinstein, Ph.D., and Brian Nord, Ph.D., both professors of physics. At the same time, Brittany Kamai, Ph.D., a postdoctoral fellow at the California Institute of Technology (Caltech) and the University of California, Santa Cruz, had the idea to shut down academic work for a day in order to create space to address the current climate of racism in America.

“In L.A., there are thousands and thousands of protests, and a curfew, but then I’m still getting an email that I need to finish edits on a paper we’re submitting,” said Dr. Kamai. “And there needs to be a linkage.”

A collaborative group quickly came together, including members from VanguardSTEM — an online community for women of color in STEM — which issued a statement that “we believe an academic strike is urgently needed: to hit pause, to give Black academics a break and to give others an opportunity to reflect on their own complicity in anti-Black racism in academia and their local and global communities.” And #ShutDownSTEM and #ShutDownAcademia were born.

Higher education — and STEM specifically — “often feels like a place that avoids politics or believes that it somehow holds a position in this world where it’s not affected by politics,” said Erin-Kate Escobar, assistant director of the Center for Diversity at Caltech, and one of the co-authors on the appeal.

Yet Escobar notes how the entire higher-education model wasn’t developed in a way to meet the needs of a diverse group of people. “We have to be intentional, and take steps to be anti-racist, and actively work toward challenging those systemic ways.” And that anti-racist work can’t be an add-on, she notes. “The idea behind Shut Down Academia is to seriously stop all other work and make a plan.”

Because if STEM and academia were more inclusive, one would expect to see more diversity across campuses.

In its call to action, Particles for Justice wrote, “Black representation among physics faculty is nonexistent at most institutions, and it is widely known that Black students often feel unwelcome, unsupported, and even unsafe in their physics departments and predominantly white campuses.”

Where are all the nonwhite STEM students?

Black and Latinx students begin university with the same level of interest in STEM majors as their white peers, but they are more likely to switch majors or leave college, a 2019 study from The University of Texas at Austin found.

The study learned that white, Black, and Latinx students all declare STEM majors at about the same rate — 18 to 20%. Yet 58% of white students who declare a STEM major earn a degree in the field, compared with 43% of Latinx students and 34% of Black students. This wasn’t true for other degrees in business and social science.

“So the problem is not that Black kids aren’t excited about science,” said Tracy Slatyer, Ph.D., a physics professor at the Massachusetts Institute of Technology (MIT). And one of the initiatives academics in STEM frequently champion is reaching out to more high school students to drive interest in STEM fields and build a larger pipeline. But, as Dr. Slatyer says, “Black kids are interested in science. But clearly there are still barriers … and one of those significant ones is lacking a sense of belonging.”

Dr. Kamai agrees. “It’s not a leaky pipeline. It’s in the water.” Dr. Kamai found a surprisingly toxic culture when she began pursuing her Ph.D. in astrophysics. “There’s vocabulary used in subfields of science that is super racist.”

An example? Dr. Kamai was appalled the first time she learned that lasers were routinely labeled as either “master” or “slave” in physics. “How has no one in this entire pipeline said this is not OK?” she asked.

It’s one of the many ways that make Black students — and faculty — feel unwelcome in the world of academia and STEM.

“The problem is not that Black kids aren’t excited about science. Black kids are interested in science. But clearly there are still barriers … and one of those significant ones is lacking a sense of belonging.”

An issue in faculty representation as well

Indeed, only 24% of college faculty members were nonwhite as of 2017, according to the National Center for Education Statistics. Only 6% were Black. And the numbers are even worse for STEM fields. A study published in March 2020 in the journal BioScience found that Black, Latinx, Native American, and other underrepresented scholars account for only 9% of faculty appointments in STEM, and even fewer (4%) at the most selective universities.

Frequently, those minority faculty members carry an extra load in the wake of the lack of diversity in academia.

“The burdens of being Black — whether you are in academia, whether you’re an undergraduate student or a faculty member — entail a huge amount of emotional work that you are expected to do,” Nausheen Shah, Ph.D., a collaborator of the movement and assistant professor in the physics and astronomy department at Wayne State University, told Scientific American. That work often entails mentoring minority students and speaking in diversity workshops — work that is extra, and usually not compensated.

“Black academics do a disproportionate amount of work to fight what’s going on, because they’re the ones who are affected. It’s like the victims are being asked to fix the problem. That’s not OK,” Dr. Shah said.

This is where we strike

The call to #ShutDownSTEM and #ShutDownAcademia asked faculty members, groups, departments, and campuses to reschedule regular meetings, halt drafting articles, pause from research, cancel classes, and dig into the work of anti-racism instead.

The response to the call was overwhelming.

Publications including Nature, Science Magazine, and Scientific American joined in, and campuses from MIT to Michigan to Caltech developed programs and encouraged participation from their faculty and students.

“We saw a huge influx of people canceling their meetings, and instead doing something like a half-day symposium on the history of anti-Blackness and racism, with working groups that broke out to discuss what they could do about the problem,” said Escobar.

The University of Michigan’s College of Engineering dean, Alec Gallimore, Ph.D., published a letter to the community that day, sharing his own personal experiences with racism as a Black man in America, and admitting how “truly exhausting” it can be.

He also shared that, despite diversity, equity, and inclusion plans in place at both the college and department levels, “only two out of three Michigan Engineering African American undergraduates feel they are treated fairly and equitably in classrooms and classroom settings versus more than 90% of their majority counterparts.”

At MIT’s Center for Theoretical Physics, Dr. Slatyer agreed to lead a committee that developed a full day of programming around the shutdown. It was one of many labs and groups on campus that chose to participate. They organized a morning session that focused on better educating everyone on the issues, and an afternoon session that focused on brainstorming what could actively be done to address the problems — and a large majority of the center members participated in both.

They quickly came up with a list of straightforward changes they knew could be enacted immediately, including the creation of an ongoing study group on systemic racism, ensuring that all hiring committees have a member focused on monitoring bias, changing language in group emails, and earmarking funds specifically devoted to attending conferences that serve underrepresented minority groups.

Prior to June 10, thousands of scientists, including several Nobel Prize winners, pledged to take part in the strike. Almost 1.5 million people viewed the #ShutDownSTEM website between June 4 and June 16. The week of the shutdown, there were 84,000 tweets about the movement, said Escobar. The organizers noted conversations on the topic in Spanish, Italian, French, Persian, Korean, Turkish, German, Chinese, and Portuguese.

But the day wasn’t designed to be a one-time fix — it was intended to be a starting point.

“The ripple effects of that day have been just phenomenal,” said Escobar. The group Black Scientists and Engineers of Caltech made a list of demands and, on July 6, President Thomas Rosenbaum, Ph.D., responded with an open letter to the community, making specific promises to improve inclusivity at Caltech.

And, just one month after the strike, software-development host GitHub announced that it will remove “master” and “slave” — long-used terms also utilized in computer programming — from its platform.

Learn more about the movement and find ways to get involved at www.ShutDownSTEM.com.