This year, the Ad Council’s She Can STEM campaign has added STEM recruitment to its previous emphasis on STEM retention and role modeling. Here is why. 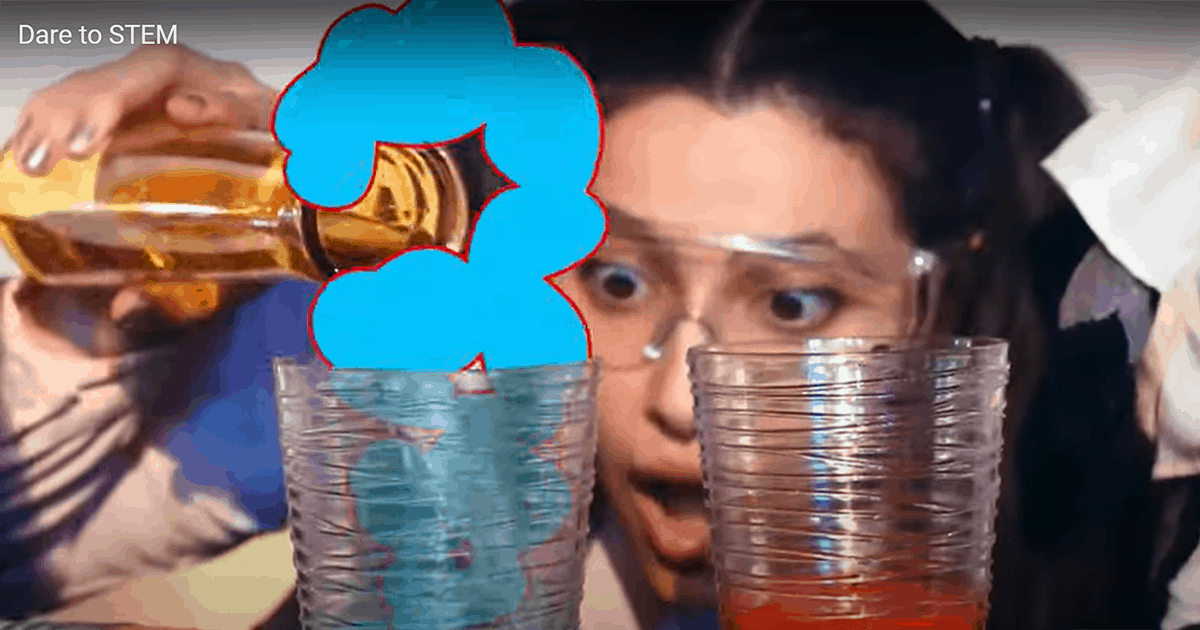 When the COVID-19 pandemic forced nationwide school closings last spring, Michelle Hillman, chief campaign development officer for the Ad Council, saw “a huge opportunity” to broaden the appeal of the council’s She Can STEM campaign.

“Knowing that they were home, looking for things to do,” Hillman said, “meant we now had a much larger potential audience of girls to inspire and engage with ways to pursue STEM at home.”

Hillman’s underlying assumption: These newly homebound girls probably had no idea about STEM’s fun, challenging, “experimental” side — or about the ways many DIY activities connect back to aspects of STEM. But what if they did? Could exposing them to such activities and their STEM connections help ignite a spark? That insight was about to send the She Can STEM campaign and its advertising agency partner in an unexpected new direction.

The Ad Council soon began posting instructions for all kinds of simple experiments and DIY activities — everything from making your own rock candy to making a tornado in a bottle — on its She Can STEM Instagram page (@SheCanSTEM) to see what would happen. The idea, Hillman explained, was “to keep the girls excited and involved in STEM outside of the classroom.” Based on the traffic those posts generated, it appeared to be working.

The next step came several months later, with the release of Dare to STEM, a new creative campaign developed for She Can STEM by Heat, Deloitte Digital’s tech-savvy, San Francisco-based advertising agency. (Heat had been working pro bono for the She Can STEM campaign since the end of 2019.)

Dare to STEM represented a bold, new approach for the She Can STEM campaign. Up until then, She Can STEM’s advertising had been preaching to the converted — tween and teen girls with prior interests in STEM — and using the stories of adult women STEM role models to encourage them to “stay the course,” through middle school, junior high school, and beyond.

The Dare to STEM campaign was different. Its public service announcements (PSAs) featured authentic, user-generated footage of passionate, adventurous tween and teen girls boldly engaged in home-based STEM experiments and activities — succeeding one moment and failing the next, but always having fun. It focused on what Hillman and company called STEM’s “exciting, unexpected, and messy elements,” and it challenged girls to just “dive in.”

As Dima Rigby, Heat’s creative director, put it, the Dare to STEM creative “shatters the intimidation factor and stereotypes around STEM to give girls the confidence they need to realize their amazing potential in these fields.”

The overall goal of the new creative, Hillman added, is empowerment. “We want girls to forget about being perfect and just dive in, brains and hearts first.” The Dare to STEM strategy, she added, represents a natural extension of the original She Can STEM campaign because it continues to emphasize role modeling. Only now, she said, the campaign references both women role models and “peer role models on their journeys of experimentation within STEM.”

The Ad Council officially launched Dare to STEM in mid-September through a virtual concert it hosted in Minecraft. The event, which was created and produced by Heat, featured platinum pop star Ruth B. (“Lost Boy,” “Slow Fade”) and took place in a fantastical, 3D venue specifically designed and built for the occasion. (As a special feature of the show, Ruth B. performed an entirely new, yet-to-be-released song for the very first time.)

The Minecraft performance venue was designed and built by a team that included Heat, Unit9, and AtomicMari (Mari Takahashi), a noted gamer who helped amplify the event via social media, encouraging her followers to join her in helping build out the space.

The live concert doubled as a hands-on STEM activity for 11- to 14-year-old girls, who could earn “tickets” to the concert — and to a special behind-the-scenes meet-and-greet with its star — by visiting Minecraft during the preceding week and using their STEM skills to create decorative elements for the show. These included fireworks displays, light shows, monuments celebrating women in their lives, music, and more.

Keep on the lookout for the new Dare to STEM PSAs, which will appear in nationwide digital, social, and broadcast media. The spots will run in times and spaces donated by the media. You also can see the broadcast PSAs now at: https://www.youtube.com/watch?v=6nbnSiLshUE

While it is too early to know what kind of impact the Dare to STEM campaign ultimately will have on tween and teen girls, it’s part of an Ad Council public service campaign that continues to grow in influence.

The She Can STEM campaign also has influenced general STEM awareness levels among its target audience of 11- to 14-year-old girls. Surveys conducted annually, in July, show that between 2018 and 2020, the percentage of girls who understand what the STEM acronym stands for grew from 71% to 82%; the percent who know women STEM role models increased from 43% to 49%; and the number of girls who have participated in at least one out-of-school STEM activity in the past 12 months rose from 66% to 77%.