In our SWE Endowed Scholarships series, we'll feature one endowed scholarship each month. These blog posts will highlight the scholarship's namesake, the amount awarded and any relevant criteria for application. This month, we feature the Dr. Paula Marie Stenzler Legacy Scholarship for Engineering. 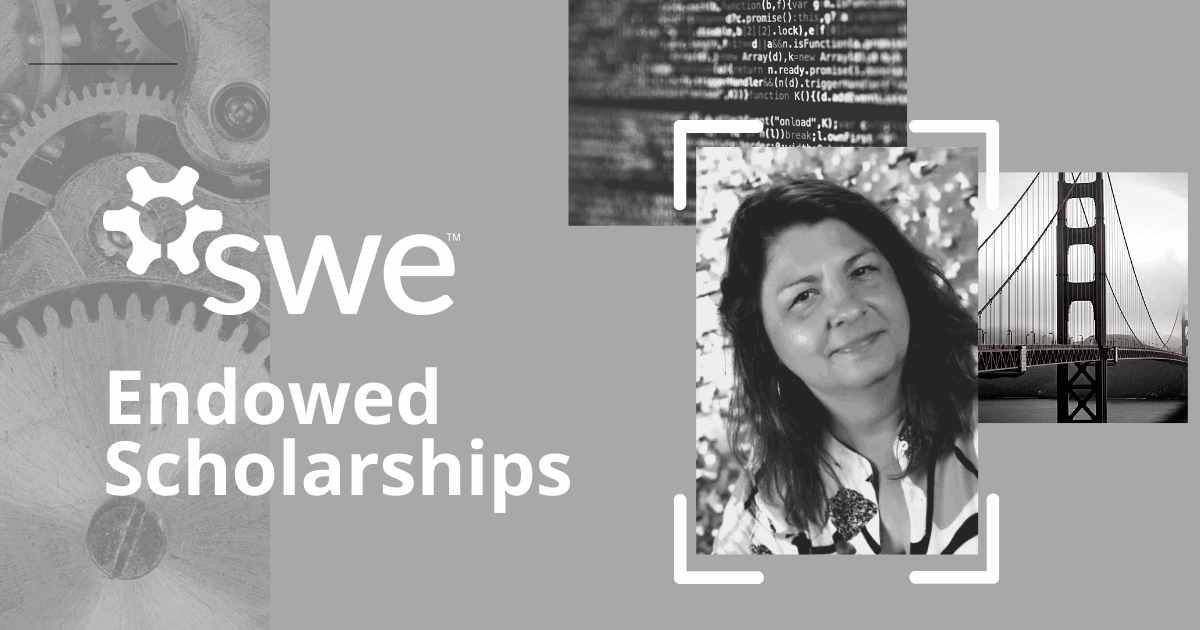 Share
Tweet
Share
Email
More
0 Shares
In our SWE Endowed Scholarships series, we’ll feature one endowed scholarship each month. These blog posts will highlight the scholarship’s namesake, the amount awarded and any relevant criteria for application. This month, we feature the Dr. Paula Marie Stenzler Legacy Scholarship for Engineering.

The Dr. Paula Marie Stenzler Legacy Scholarship for Engineering was created to support re-entry and non-traditional students. Juniors, Seniors, and Graduate Students may apply. The award is $2000 and is renewable for 2 years. 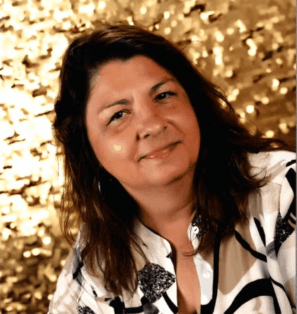 Paula Stenzler, D. Eng was Senior Director of Engineering and Safety of the Creative Division of Universal Orlando Parks and Resort and she managed a team of mechanical, electrical and controls engineers for ride systems development. She joined Universal in 1994 as a Mechanical Engineer chartered to re-engineer mechanical ride systems for Universal’s sustainability effort. During her 25-year tenure with the company, Dr. Stenzler managed numerous redesign efforts at Universal Studios and Islands of Adventure.

Dr. Stenzler was the proud mother of Sonja, Michael, and Rachael. She was also the cherished grandmother of Sophia Bella and Julia Grace. She was a world traveler having visited countless countries. She was dedicated to researching the genealogy of her family and she even had the opportunity to meet with many family members in Europe. Some of her hobbies included home improvement projects, sewing, and spending time with her family and friends.

Dr. Stenzler began her career as a tool designer of automated equipment for a high-volume producer of precision ordnance products for the defense industry. Before accepting the position with Universal, she worked for the Transportation Group on the design, manufacture, and installation of the passenger rail system for Capitol Hill in Washington, DC.

Dr. Stenzler was one of the first women to enter this field and paved the way for many to follow. She was the sole inventor of five patents and her name is also included on several others for her involvement and contribution on various ride systems engineering projects. She was an active member in ASTM F24 where she was part of a team that reviewed amusement rides and devices to ensure safety and compliance.

Dr. Stenzler believed in being in front of the big shifts before they happen. She was a strategic thinker who anticipated what action needed to be taken; focused on lessons learned, best practices, and provided uniformity across parks. She was an active member of ASTM F24 International Design Standards and Guidelines for Amusement Rides and Devices. She headed up the ASTM F2291-Restraints task group and was also a member of the G-force and Accessibility teams responsible for the review and development of ASTM industry guidelines and standards.

Dr. Stenzler had a life-long career relationship with the Society of Women Engineers (SWE). She  held various national leadership roles with SWE focusing on initiatives to ensure that private sector, public sector, government, academic institutions and small business were prepared and committed to grow, educate, train and retain the best and innovative diverse talent across all fields of engineering. Dr. Stenzler was past chair and coordinator for the Society of Women Engineers’ Government Relations and Public Policy Committee; advisory board member for Valencia College’s Electrical and Electronics Engineering program as well as professional sponsor for Valencia’s SWE Collegiate Chapter. She had an affinity for STEM education and worked tirelessly to bring students, academia, private industry, and the local community together to meet the growing needs of a STEM workforce in the Central Florida area and around the world.

Dr. Stenzler was involved with Valencia College as an Advisory Committee Member for the Electrical/Electronics Engineering and Sustainability Programs. She was a past Chief Editor of Tech Services’ Quarterly GearBox Newsletter and the past Co-chair of Give Kids the World Engineering Advisory Council. Give Kids the World is a nonprofit which provides free vacations to families with a terminally ill child.

Dr. Stenzler received the Australian Engineering Excellence Awards (AEEA) Victoria in 2016 for Reign of Kong. She received The Animatronic Figure GE Women in Technology Award in 2010-2011 from GE and NBC. In addition, she earned the Universal Technical Services – Excellence in Leadership Award in 2006.