"Project Wildfire: Contributing to the Gap of Preventative Solutions to the Forest Fire Crisis" was written by Eleonora Chakraborty. 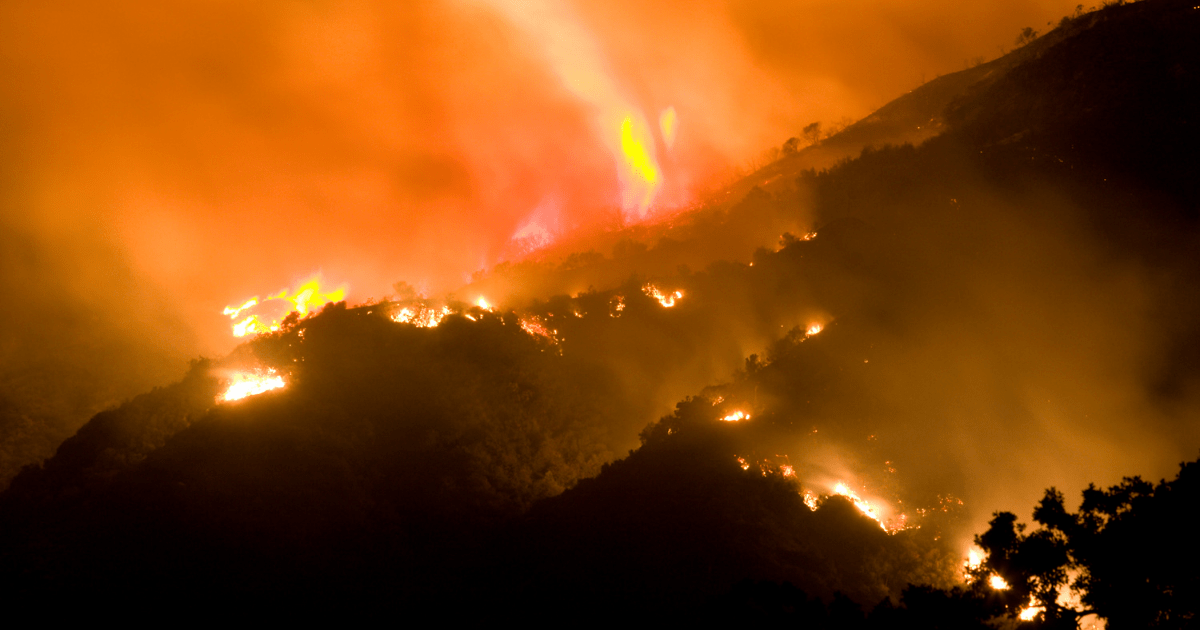 Wildfires are a scarring reality for the western United States and globally in the recent decade. Scientists attribute the cause of recent increases in wildfires to the combination of population growth, forest under-management, and climate change.  Environmental engineers have been at the forefront of developing solutions to combat forest fires, designing and implementing innovative solutions to contain and eventually stop the fires’ further advance. However, there are no solutions to prevent fires from occurring, which is a major gap in wildfire prevention today and a call for action for aspiring innovators.

According to a Stanford University study published in August 2020, the occurrence of extreme wildfires has more than doubled in California, Oregon, and Washington since the 1980s.  There are numerous reasons for the increased trend—many scientists claim the deadly combination of population growth, forest under-management, and climate change is the cause.

For example, California’s population has doubled since 1980, from 20 million to 40 million, increasing the population in “wildlands,” areas most vulnerable to fires.  The resulting deforestation from population migration as well as climate change caused by heat waves and drought have left a thick layer of dry vegetation on forest floors, the main fuel of wildfires.  Additionally, bark beetle infestations following the historic droughts of 2006 to 2010 and 2011 to 2017 in the west killed an estimated 150 million trees, which are now primed to burn and are currently burning in the west. The U.S. Forest Preserve estimates that due to the trifold of land demand, drought, and under-management of forests, 85% of wildfires in the west are caused by humans sparking the vast accumulation of dead vegetation.

Effects of Wildfires Across the World

What is interesting is that the increase of wildfires and/or their effects can be seen all over the world.  The Arctic Circle has witnessed surprising fires in recent summers, with flames raging in the forests of Siberia, Alaska, and Greenland.  Bushfires in Australia have become a real threat in recent years.  Globally, wildfires have polluted the air quality in North America, Europe and Asia Pacific, as well as caused billions of dollars in structural/environmental damage (the Australian brush fire caused $100 billion in damages). 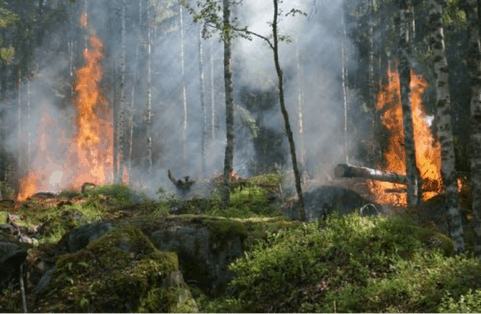 How Do We Combat Wildfires?

AI technology has been used in systems like WIFIRE from the University of California San Diego to predict a wildfire’s path in real time. WIFIRE collects data from remote weather stations in a given area and high-resolution satellite images to make its predictions.  The technology is being used by several fire departments in California, with the likely adoption in the entire west coast.  Also, NASA has developed the Assistant for Understanding Data through Reasoning, Extraction and synthesis (AUDREY) system to help first responders make positional decisions and keep them safe.  AUDREY is a cloud-based technology, combining AI and machine learning to provide real-time fire position and hazard information to fire fighters, EMTs, and law enforcement in the local area. NASA is piloting the system this year, continuing from 2019, in California, Canada, and the Artics.

However, none of the recent solutions involve a proactive approach in the prevention of wildfires.  For instance, the direct cause of wildfires is the amount of dry vegetation on the forest floor.  Natural forest management, such as isolated vegetation burning, is a way to prevent the flammable build-up.  But, due to the increase in deforestation and drought in recent years, natural burning cannot solve the issue—the burning is not concentrated in needed areas and the intended isolated flames can cause mega fires since the amount of vegetation build-up has tripled in recent years. If engineers can come up with a way to use effective technologies, such as AI and high-definition imaging, to identify areas of elevated dry vegetation, then more forest fires can be prevented in the long run.  Another idea is to combine recent technology with wireless/ Bluetooth sensors that can identify the amount of vegetation in certain areas. This approach would allow forest personal/ environmentalists to strategize where to focus their efforts during the off-season in eliminating dry “fuel” and preventing further vegetation build-up.

In conclusion, wildfires have been a great adversary in the global economy, environment, and safety, and engineers have developed great technologies to locate and stop the spread of the flames.  However, there are no effective solutions to prevent fires from occurring, which is a major gap in wildfire prevention today and a call for action for aspiring innovators.