Skip to content
SWE's Statement on COVID-19. Click Here
TRENDING
How to Have a Great Transition to College 7 months ago
Alfaaz 3.0 by SWE Mody University Returns for a Third Year 3 weeks ago
Opening Thoughts: Cameras: Shaping the Way We See the World 2 months ago
Become a D&I Expert 2 months ago
Registration and Housing Open for WE19 10 months ago
Next
Prev
Facebook-f Twitter Linkedin-in Youtube Soundcloud Instagram Flickr

Horting, Executive Director & CEO of the Society of Women Engineers, was a keynote speaker at the 2018 Shanghai International Forum on Women’s Development. 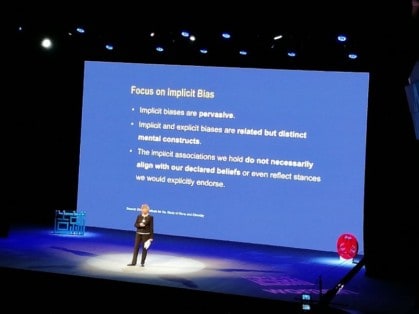 Horting’s presentation was titled The State of Women in Engineering in the U.S. She summarized the latest research, trends, challenges and successes related to women engineers in America. Horting also discussed ways to increase diversity and inclusion.

“Trainings alone are not enough. One of the things we’ve seen in the U.S. is that just doing a traditional one-shot training on unconscious bias does little to improve diversity, and sometimes has the opposite effect. When you do those trainings, you really need to be equipping people with what we call ‘bias interrupters.’ How do you tweak the systems within the organization to account for those unconscious biases and make improvements?” she said. 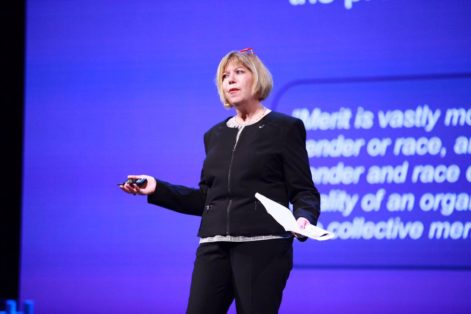 The forum focused on efforts to improve the lives of women around the world and to inspire and motivate women to make the world a better place.  Panel discussions were geared toward: action, cohesion, and creativity.

Shanghai has endeavored to become a global city known as much for innovation and culture as it is for products, services, and shopping. According to the Shanghai Master Plan, Shanghai women are encouraged to showcase their ingenuity and power along with their male counterparts to highlight Shanghai as a science & technology innovation center with global influence and cutting-edge advances.