Women are running for Congress in record numbers — and seen as competitive candidates in key races. 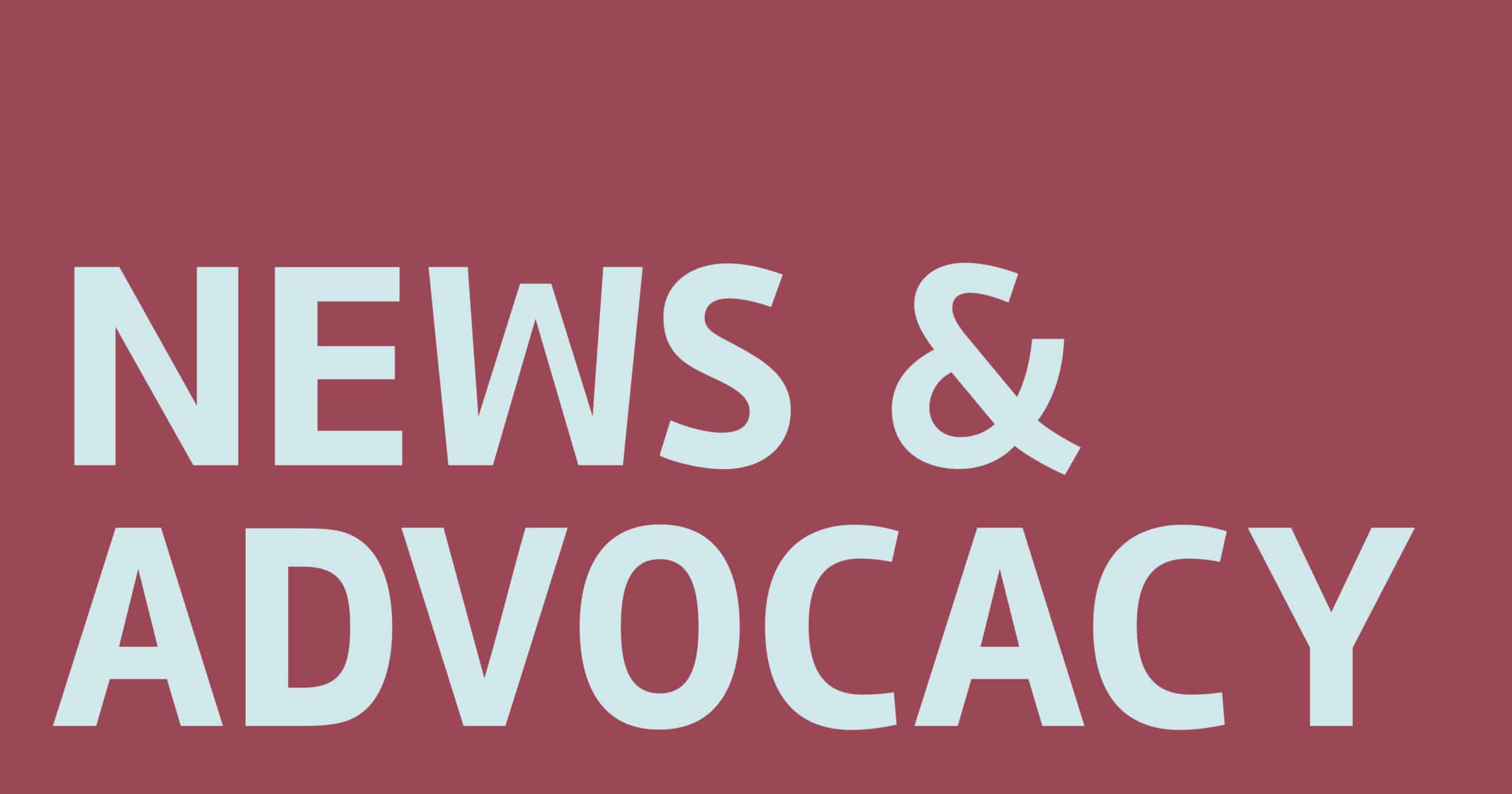 2020 marked a record high of 641 women filing as candidates for Congress, according to the Center for American Women and Politics (CAWP) at Rutgers University — surpassing 2018’s previous record.

“In 2018, amidst the excitement of a record-breaking year for women candidates, we often asked whether we were in the middle of a one-time spike in candidacies driven by unique circumstances or if we were seeing the emergence of a new normal,” CAWP Director Debbie Walsh said in a statement. “This is a sign that the momentum isn’t letting up.”

In the U.S. House, 581 women have filed as candidates, breaking the previous record of 476, set in 2018. Of those, 354 are Democrats. Given the number of districts still open for filings, this puts the party on track for a slight improvement over its prior record of 356 candidates, set in 2018. (Candidate filings were not yet completed in some districts at the time of publication, and about two-thirds of primaries have been held.)

“When you’re a young woman looking at a ballot and you see that the two choices are both women — that’s a great thing to see. Those things pay dividends down the road.”

But 2020’s surge at this point is credited mainly to more Republican women filing. As of July 15, 227 Republican women have filed for House races — well surpassing the previous high of 133, which was set in 2010.

This year, there’s a much more concerted effort within the Republican party to recruit women to run, said Betsy Fischer Martin, executive director of the Women & Politics Institute at American University. “2018 was a wake-up call — it was devastating for Republican women. They didn’t want that to happen again.”

“We’re exactly where we were 30 years ago, and that’s not progress,” said Fischer Martin.

Walsh echoed the sentiment in her statement: “We’ll never get to parity without women on both sides of the aisle running and winning.”

Of the 581 filings by women for House races, 380 are still in the running — either having won their primaries or still awaiting their primaries. Democratic women candidates have been faring better in their primaries to date — winning more than half of the time. Republican women have faced a harder battle, winning the candidacy only about 40% of the time.

Whether this is a record-setting year for women nominees as well still remains to be seen. The record, set in 2018, was 234. Currently, without all the primaries completed, 198 women have received their party’s nomination. Republican women candidates, however, have firmed up the record for the year, with 63 nominations to date, already exceeding the previous record of 53, set in 2004.

The U.S. Senate is seeing another record-setting year as well, with 60 women candidates filing to date — 37 Democrats and 23 Republicans. The previous record of 53 women Senate candidates was set in 2018. Both Democratic and Republican women have already beaten 2018’s previous records (even though not all states have reached their filing deadlines yet).

Of those who have filed in states that have had their primaries, however, the majority have lost. But 35 women candidates are still in the running across 17 Senate contests.

And of particular note in this cycle is where women candidates are being put up as the nominee in competitive races.

“When I started doing this work 25 years ago, we talked a lot about bias against women — how parties didn’t want them to be nominees, and how media covered them with bias, how voters thought women were too emotional or not qualified. What we’ve seen in the last few decades is that almost all of that has flipped.”

– Christina Wolbrecht, Ph.D., political science professor and director of the Rooney Center for the Study of American Democracy, University of Notre Dame

Getting by with a little help from your friends

Once a candidate makes it past the primaries and is the nominee for their party, that political affiliation matters far more in their likelihood of winning than their gender.

“If a man or a woman wins the party nomination, they’re just as likely to win,” said Christina Wolbrecht, Ph.D., political science professor and director of the Rooney Center for the Study of American Democracy at the University of Notre Dame.

That’s a substantial change over the past few decades.

“When I started doing this work 25 years ago, we talked a lot about bias against women — how parties didn’t want them to be nominees, and how media covered them with bias, how voters thought women were too emotional or not qualified,” said Dr. Wolbrecht. “What we’ve seen in the last few decades is that almost all of that has flipped. So that’s not to say there aren’t really important barriers that women have faced when becoming candidates. But there’s little to believe now that voters are discriminating against women. In fact, in Democratic primaries, they prefer them.”

Yet Dr. Wolbrecht notes that there is still a distinction between the men and women candidates who receive their party’s nomination: The women tend to be overqualified.

And both parties might be realizing what strong candidates this makes women.

As Fischer Martin noted, Republicans this year put a more concerted effort across the board in recruiting women to run. “Going beyond that — which is the key part — they are supporting them: helping them get out of their primaries with fundraising and receiving support from third-party groups.”

That party support is crucial.

This year, the Democratic party has identified 30 U.S. House races they are targeting as “Red to Blue” races where they feel there is a good likelihood of flipping the district and are therefore giving extra support. And, notably, 26 of those 30 races have women Democratic candidates.

The Democratic party is “obviously investing in women and thinks women are going to be running strong this election cycle,” said Fischer Martin, who also noted that these women were diverse in terms of race, background, and age.

“We’ve seen a concerted effort within both parties to recruit women of color,” she said.

“It’s a telling barometer of where the party is putting its focus — because these are races where they think they have a really good chance of being competitive, which is much different than fielding a woman candidate in a completely red district where nothing’s going to happen,” she said.

Republicans are not putting up women candidates in competitive races at the same rate, but there are six or seven women Republican nominees in races seen as key, according to Fischer Martin.

Are You Registered to Vote?

Have you registered to vote yet? Tuesday, Nov. 3, is approaching fast. Visit https://vote.gov/ to find out how to register in your state or territory. Online registration is available for 39 states and D.C.

Make sure your voter registration is still valid at https://www.usa.gov/confirm-voter-registration.

You can skip the polls with an absentee ballot. Request one at https://www.vote.org/absentee-ballot/.

Where women rule the ballot

In 30 congressional races, the names on the ballot from the two major parties will be all women candidates. This includes 28 House races and two for the U.S. Senate — in West Virginia and Iowa.

And while party is still the most important factor in the general election, these all-women matchups do eliminate some of the sexism that can seep into campaigns otherwise, noted Fischer Martin. And the modeling effect is important in encouraging more women to run in the future.

“When you’re a young woman looking at a ballot and you see that the two choices are both women — that’s a great thing to see,” said Fischer Martin. It can inspire more women to run. “Those things pay dividends down the road.”

New Mexico’s U.S. House races are particularly noteworthy this year, as all six of the nominees for the major parties are women — making it an all-woman contest. This will lead to New Mexico’s having an all-woman delegation to the U.S. House in 2021, and potentially all women of color. Though it would not be the first all-woman House delegation, it would be the largest — yet another record that could be set this election cycle.