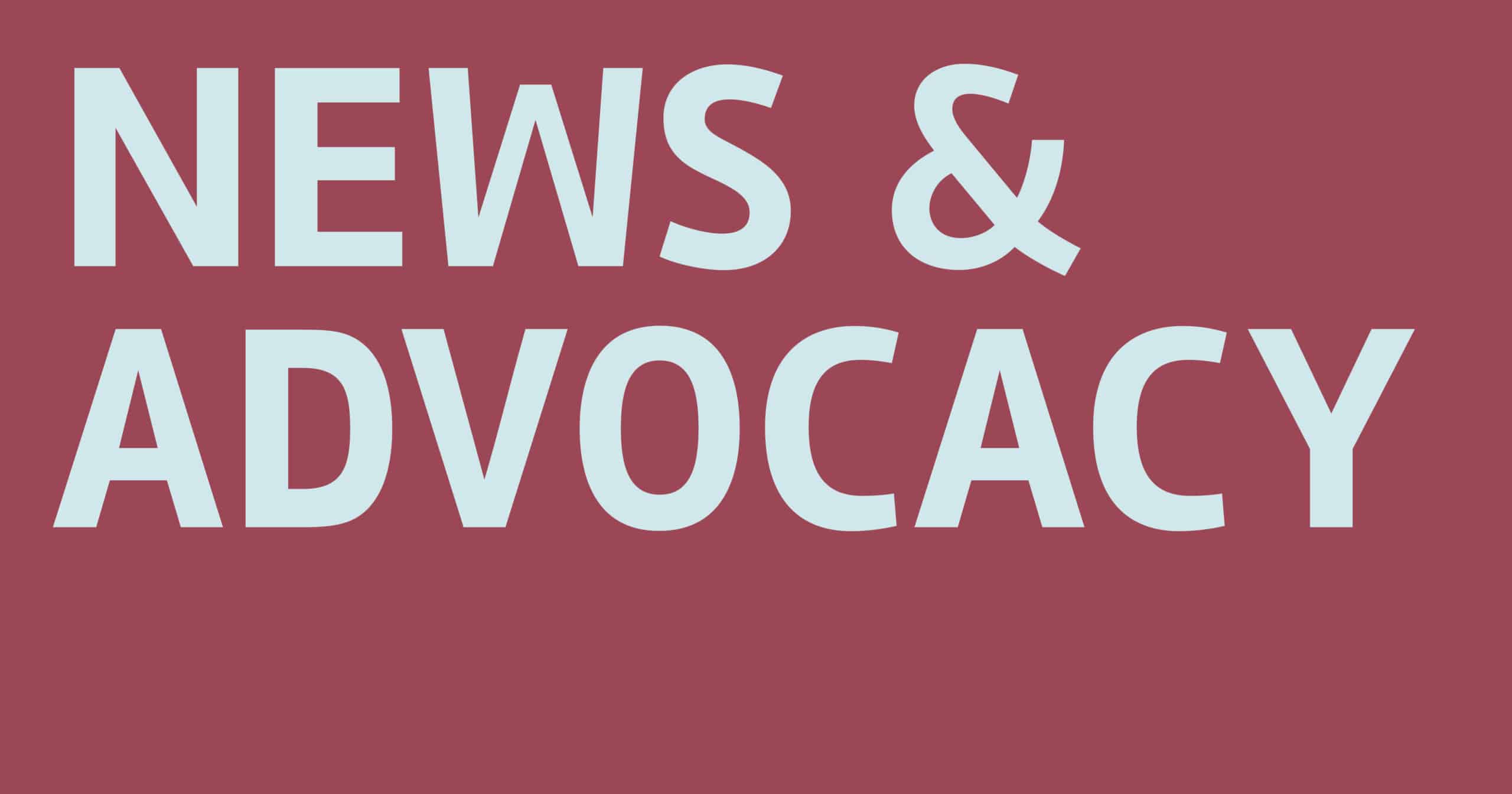 SWE board member and Latinos affiliate group sponsor Eileen M. Vélez-Vega, P.E., credits her 20-year involvement with SWE with giving her the confidence and leadership skills that are critical to a new and unexpected phase in her life: becoming Puerto Rico’s first female secretary of the Department of Transportation and Public Works (DTOP).

Her appointment by newly elected Puerto Rican Governor Pedro Pierluisi, J.D., of the pro-statehood New Progressive Party, will put Vélez-Vega in charge of her native island’s 10 airports, traffic safety, maritime ports, highways and roadways, mass transit systems, and the Department of Motor Vehicles, among others.

“SWE has been so effective in training me as a leader,” Vélez-Vega said. “It’s a huge part of me becoming a leader — all of the leadership, committee meetings, and speaking opportunities. That’s where I started. The sisterhood and support are here.”

Vélez-Vega joined SWE as a student at the University of Puerto Rico at Mayagüez after she and a friend noticed a sign about a SWE meeting, and her friend insisted they attend. She earned her master’s in civil engineering from Mississippi State University.

She was named one of SWE’s New Faces of Engineering in 2008, and in 2013, she received the SWE Distinguished New Engineer Award, recognizing the first decade of her successful career. She was honored with the 2018 SWE Emerging Leader Award; chartered the first SWE professional section in the state of Mississippi; and served as Southeast Florida Section president, Region D governor, as a Society-level board member, and as sponsor for SWE’s Latinos and Global Women Engineers affinity groups.

Due to the demands of her new position, Vélez-Vega has resigned her SWE positions and her private-sector job as vice president at Kimley-Horn, a much-lauded planning and design engineering consulting firm, where she has worked for 15 years, opened and grew the Puerto Rican office, and oversaw aviation and transportation infrastructure projects. As transportation secretary, she will chair multiple boards of directors in addition to her other duties.

Though Vélez-Vega, a civil engineer, didn’t seek her new role, she said she’s excited to get started overseeing work on desperately needed road repairs, roadway signage, and other infrastructure improvements left to languish more than three years after Hurricane Maria — the strongest storm in nearly 90 years — killed nearly 3,000 and caused $90 billion in damage on the island. A big question mark is a backlog in federal disaster aid that’s yet to be spent.

At the time of this writing, Vélez-Vega was in the process of making the transition to the new administration. “I’m recruiting my team and going through the transition period with the existing administration,” she said. “And I’m looking at the funding that’s available. I need a really good team. That’s the only way that I have always been able to grow.” DTOP employs more than 1,500 and includes five public corporations that employ hundreds more.

A personal and inspiring journey

Her transition has proved to be a surprise in deeply personal, poignant, and even serendipitous ways.

It’s an inspiring journey for Vélez-Vega’s hometown of Sabana Grande, population 23,000, on the western side of the island.

It comes eight-and-a-half years after Vélez-Vega received a stem-cell transplant following her second bout with Hodgkin lymphoma. She had survived her first Hodgkin lymphoma diagnosis in September 2010 when she was about five months pregnant with her now 9-year-old daughter, Anna Isabelle. She said she quit everything — her work and her extensive networking and leadership positions — for nearly four years to focus on getting well.

“In March 2014, I moved back to Puerto Rico [to start and run Kimley-Horn’s office] and that’s when I started getting involved again,” she said.

Vélez-Vega, whose friends and family call her by her middle name, Marie, said a colleague, an advocate for women in STEM, contacted her to ask if she could put Vélez-Vega’s name into a database of candidates for roles in the new administration.

At first, Vélez-Vega said she was extremely hesitant. After all, she’s young, a high achiever whose career trajectory seems endless, and, though a voter and respectful of the political system, “not involved in politics.”

Her husband, Airangel Berrios, a civil engineer with the U.S. Army Corps of Engineers, initially worried that such a high-profile role would be too stressful and disruptive.

Vélez-Vega also will make financial sacrifices to join the government.

But she recalled with a laugh that her mother reminded her that, when she was younger, Vélez-Vega had declared that, someday, she’d be Puerto Rico’s secretary of transportation. “My mom said, ‘You put it out in the universe and you got it.’ I said, ‘Yes, but I was kidding,’” Vélez-Vega said with a laugh.

Indeed, Vélez-Vega and her husband, who met in university and lived in Mississippi and Florida for 11 years while advancing their careers, always knew they wanted to return home to help what others saw as a politically and economically fragile place.

Their families still live in Puerto Rico — Vélez-Vega’s parents at the home where she and her brother grew up, and her husband’s family in a rural mountain hometown where they run a farm. “Ours are humble families who live the everyday life of working hard, making sacrifices, and making ends meet,” Vélez-Vega said. “We were conscious of the struggle people were making every day.”

And so they decided Vélez-Vega’s chance to lead such a vital government agency was a blessing, she said.

She got the first phone call the weekend after Thanksgiving to interview for the incoming government’s personnel talent database. It was a quick and effective recruiting process. “All the time, I’m thinking, ‘This isn’t going to be me. They still have other options,’” she said.

Yet she said Gov. Pierluisi has been very encouraging, praised her SWE and other leadership roles, and respected her position that, no matter what political party people belong to, they deserve the best education and transportation systems possible.

How is she coping? She said she “prays a lot”; practices yoga and meditation; enjoys playing with her daughter; and stays in close contact with her family, her friends, her colleagues, and even her former university professors. “Keeping a strong faith will be critical to keeping a sane, clear mind,” she said.

And she hopes to be a role model for girls — not only now, but in the future — as the president of SWE someday.

“It would be such an inspiration for young Latinas and girls in Puerto Rico,” she said. “I realize that this is a marathon — not a sprint.” 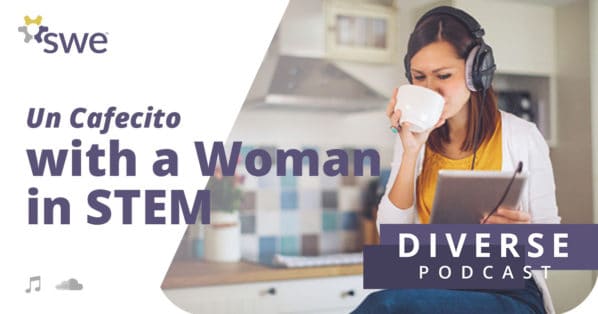 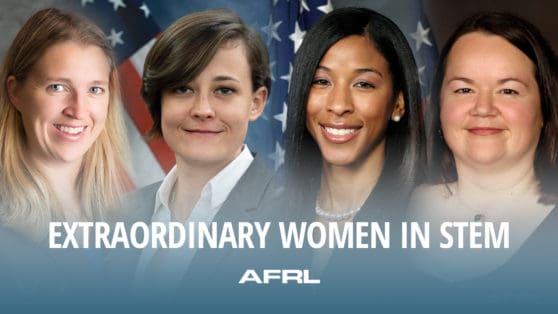 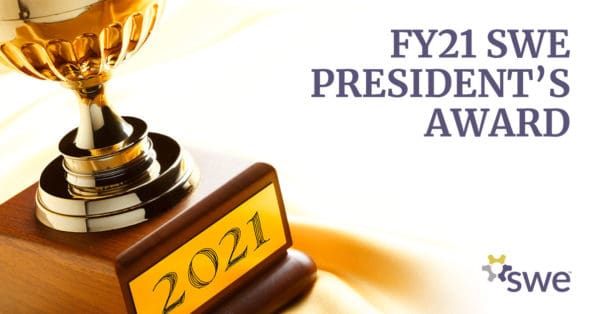