Studies of women’s roles and challenges in the workplace reveal that leaders need to work harder to hire and train women as managers, from entry level to the C-suite. Absent from many of these recommendations is just how to do so. Could the “performance development” and “radical candor” approaches provide an answer?

Reports from experts are chock-full of recommendations on processes, with checklists of to-do items: Set up training and skill-building workshops; root out unconscious bias; educate leaders on the economic benefits of gender equity; and ask the company’s leadership, “Where are the women in our talent pipeline?”

While these are laudable goals, the workforce reports are largely silent on how to broach the delicate topics of how, exactly, to achieve a more meaningful and equitable workforce, and how to deal with day-to-day issues.

Two books about leadership give tips on what looks to be one answer, and in the process, give credence to a new business buzz-phrase: “radical candor.” The Busy Leader’s Handbook: How to Lead People and Places That Thrive, written by small-business adviser and former health care executive Quint Studer, pinpoints real issues that can imperil any attempt at change.

It explains the philosophy of Candor Inc., a Silicon Valley-based executive education company that focuses on, as Scott explains in her blog post, “kindly, clearly and immediately” telling employees how they are performing, even when it’s difficult to do so.

Scott recommends “impromptu guidance conversations” that help an employee develop the necessary skills to do his or her job, as well as what she needs to do less of and more of. “Impromptu conversations should be happening multiple times a week and be focused on coaching a person to do more of what’s good and less of what’s not,” Scott wrote in the blog post.

The result? No surprises when performance review time rolls around.

Candor Inc.’s other buzzwords include: 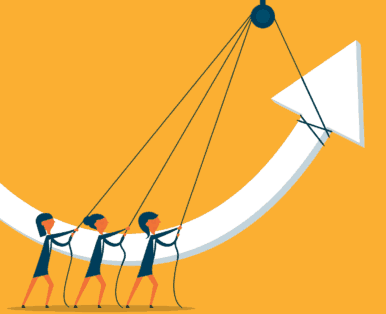 So what happens when employees — after all, we’re all human — create workplace drama? Studer says that those who create workplace drama aren’t always doing it intentionally. It can be driven by insecurity, fear, or other undealt-with emotional issues. But, most often, he says, it stems from people not knowing how to handle conflict or have tough conversations.

Studer offers the following tips for shutting down drama:

Model the behavior you want to see. Don’t participate in drama yourself. Don’t gossip or badmouth anyone. Strive to always be aboveboard, fair, respectful, and positive. Be really careful about even small things: for example, copying someone you don’t need to copy on a sensitive email. Never stop examining your own motives and hold yourself to the highest standard. The leader always sets the tone for workplace behavior. If it’s okay for you to do it, employees assume it’s okay for them. Be aware of the messages you’re sending.

The same applies to co-workers and peers, Studer said in an interview.

“When a co-worker says something, if you’re silent, they think you’re supporting it,” he said. “What are the standards of behavior that we’re going to agree to live on? What behaviors are in and what’s out? Gossip is out; being negative is out; talking behind someone’s back is out. You have a game plan in front of you. You’ve got to create the transparency.”

Be as transparent as possible. Drama thrives in secretive environments. This is one of many reasons it’s a good idea for organizations to be open about everything from financials to performance metrics to changes that might be coming in the future. The less people have to speculate about, the less likely they’ll be to gossip and repeat hearsay. Leaders need to be transparent, too. The less you have to hide, the less you’ll have to worry about whom you told and whether they will repeat it.

Ask for specificity. “People make mistakes,” Studer said. “You don’t say, ‘You’re a bad person.’ Instead, be specific and don’t accept generalities. If an employee says, ‘Gee, I’ve never seen morale worse. We’re short-staffed,’ I would reply, ‘Okay, tell me why you see it that way right now. Be specific.’”

Studer said when he used this process as head of a hospital, he found out that one specific nursing unit needed help.

Stop repeating the story. Encourage employees to keep the story in the group that needs to hear it. When something happens that gets people upset, they may feel the need to tell their story over and over. Usually this is because they want support or attention. Leaders need to be careful not to do this and to let employees know how destructive this can be. When leaders repeat stories over and over, they become larger than life and perpetuate negativity throughout the organization.

Stop someone from carrying someone else’s message. If someone complains, but then says, “I can’t tell you who told me,” that’s a no-no. “Unless it’s unethical or illegal, people have to learn to carry their own message,” Studer said. “Otherwise, we’re creating an immature workplace. It’s like middle school, where people go tell on each other but say, ‘I can’t tell you who said that.’ We have to be careful not to create adult-child workplaces. Tell me who. If you can’t, then I guess it’s not important,” he said. “Or help me understand what I can do so that person feels comfortable coming to me.”

“Whatever the reasons, great leaders take a zero-tolerance stance against drama. Their behavior and their words let employees know they value a drama-free environment where people cultivate healthy, respectful, collaborative adult relationships.”

– Quint Studer, author, The Busy Leader’s Handbook: How to Lead People and Places That Thrive

Encourage employees to talk out issues among themselves, too. If an employee comes to a manager complaining about a third party — whether it’s a peer or an immediate supervisor — ask, “Have you spoken to this person directly?”

“A big part of creating an ownership mindset is teaching employees to work out their own conflicts and advocate for themselves rather than ‘telling on’ people,” Studer said.

Hold open conversations about real issues. When there is an issue, the goal is to get it fixed, not go behind people’s backs and complain. Far better to approach the person and have an open conversation. Back up your statement with data. For example: “In the past month, you have missed three deadlines. Can we talk about what the problem might be?” Often, addressing the issue openly will help you uncover a root cause.

Once you zero-in on the factor keeping the employee from doing his or her job properly, you can work with them to find a solution. “A manager must ask employees every day: ‘Do you have what you need to do your job today?’” Studer said. “Most managers play defense. They don’t play offense.

“What are the odds of an employee coming up to a manager and saying, ‘My co-workers are phenomenal. I feel rewarded and recognized. Thank you so much for giving me feedback on a consistent basis?’

“Play offense. Say to yourself, ‘Who can I recognize today?’”

Try to understand others’ motivations. “Sometimes an employee may create drama unintentionally,” Studer said. “His or her motive might be pure, but the delivery or process is broken. Maybe she really does need something fixed but doesn’t know how to go through the proper channels to get it done,” he said. “Usually, by having a probing conversation with the person, you’ll be able to figure out their motivation. You can then use it as a teachable moment, explaining how he or she might better handle similar situations in the future.”

“Don’t assume someone has bad motives. I find most employees want to do a good job. Let’s figure out what’s in the way,” Studer said. “If I’m acting out, it’s normally my own insecurity. When I’m gossiping, it’s truly to make myself feel better. Let’s deal with what’s really going on with this person. I may not know what’s going on in their life. Not that it’s an excuse for someone to misbehave. But, somewhere, there was this crazy myth, we’re supposed to separate work and home. People can’t do that. It’s impossible.”

A classic example is how people react to change. “When people push back on change, it’s because they don’t know what that’s going to do with their lives,” Studer said. “What’s going on? Absolutely, it’s fear. Senior executives have the same fear as everyone else. They can send that down the line with their own anxiety.

“We had a manager saying, ‘We’ve got to hit our numbers.’ But the department was already meeting its goals. So that caused a feeling of insecurity. Managers have to be really careful about the messages they send, both verbal and nonverbal. It adds to drama.

Most of it is subconscious.”

Shut down trouble immediately. If you see that someone is intentionally engaging in bad behavior or stirring up trouble, take a two-pronged approach. First, don’t join in the conversation. Next, narrate to the person (and everyone) that drama is unacceptable. “Tell them this cannot be tolerated,” Studer said. “One of the biggest issues is when managers fail to take action on difficult employees or lower-level managers for not doing their jobs. The sooner you nip things in the bud, the better.”

Extend grace. Let people back in the fold. If someone has made a mistake, give them another chance. Don’t hold a grudge or, worse, turn the company against them. We’re all human and we all have bad moments and bad days. “In general, discourage self-righteous or ‘I’m done here’ attitudes that assume the worst of people and make it okay to give up on them,” Studer said. “Recognize the humanity and fallibility of others. In your words and actions, demonstrate that extending a little grace to people when they stumble is a good thing.”

Reward and recognize people who get it right. We all learn by example. “For instance, when you see someone handling conflict in a positive way, thank them and acknowledge them publicly,” Studer said. “Likewise, admit it when you get it wrong. If you do something that creates or perpetuates drama, own it and apologize. People respect leaders who are vulnerable and honest about their flaws.”

“Taking a Look at Radical Candor” was written by Sandra Guy, SWE Contributor. This article appears in the 2020 Winter issue of SWE Magazine.