Women’s History Month: Who Are Some of the Women Engineers We Should Know?

It is easy to overlook important work that is taking place around us, or the human-interest story unfolding in a colleague’s life. With this in mind, who are some of the women engineers we should know?

In spring 2015, SWE Magazine launched “Women Engineers You Should Know.” Reaching out through SWE’s social media channels, we posed questions to help identify and celebrate the contributions of women who have carried out SWE’s mission with perhaps visibility than some of their more famous sisters, but whose work is no less important.

Since then, “Women Engineers You Should Know” has become an annual project. In honor of Women’s History Month 2021, we look back at that initial group.

In announcing them, we wrote:

“With little fanfare, women engineers make significant contributions every day and lead interesting and fulfilling lives, giving to their profession and communities. Quite often, those who are behind the scenes, out of the limelight, make real change in the workplace and in our communities. It is our intention to recognize such women and make their efforts better known.”

From the spring 2015 issue of SWE Magazine:

It is easy to overlook important work that is taking place around us, or the human-interest story unfolding in a colleague’s life. With this in mind, who are some of the women engineers we should know?

With a long and contributive aerospace career that began in the 1940s and spanned the early years of jet and rocket engines and the development of satellites, through the Space Race, the space shuttle, and beyond, SWE Fellow Yvonne Brill was a trailblazer, inventor, and inspiration. In 1967, she invented the hydrazine/ hydrazine resistojet propulsion system, which was developed to the hydrazine resistojet thruster, becoming an industry standard. Her employers included RCA, NASA, and the International Maritime Satellite Organization. She consulted on satellite technology and space propulsion systems until the final months of her life. Brill served on the NASA Aerospace Safety Advisory Panel, reporting to NASA and the U.S. Congress. Among the numerous major awards Brill received were: the John Fritz Medal, the National Medal of Technology and Innovation, the SWE Achievement Award, the Resnik Challenger Medal, and NASA’s Distinguished Public Service Medal. Despite the demands of career and family life, Brill supported other women engineers and engineering students. She died in March 2013.

A mechanical engineer and engineering professor, Yvonne Y. Clark, P.E., F.SWE, was SWE’s first African-American member, joining the Society in its early years. She graduated from Howard University in 1951 with a B.S. in mechanical engineering, the first woman to do so. In 1972, she became the first woman to earn a master’s in engineering management from Vanderbilt University. She began her career in industry, later joining the faculty at Tennessee State University and receiving SWE’s Distinguished Engineering Educator Award in 1998. Clark was at the center of a pivotal moment in SWE history when she attended the 1957 SWE national convention (as they were called) in Houston. When Clark was prohibited from staying at the convention hotel, or attending the convention, SWE confronted civil rights and segregation with a principled stance, threatening to move the convention elsewhere. The hotel softened its position, but SWE determined to never hold a convention south of the Mason-Dixon line until the passage of the Civil Rights Act. Years later, when the convention was again held in Houston, Clark received an apology from the mayor for her treatment in 1957, and a welcome to the city.

SWE Fellow Lois Cooper, P.E., had an accomplished career with Caltrans — previously known as the California Department of Transportation — that included oversight of many large highway projects and the design of the first bikeway in the district. Born Lois Louise Saunders in 1931 in Vicksburg, Mississippi, she was the first member of her family to graduate from high school and college. She attended Tougaloo College; Los Angeles City College; and Los Angeles State University, now California State University, Los Angeles, majoring in math and completing her degree in 1954. Cooper took night classes in surveying at the University of Southern California, and in engineering at Los Angeles State. Not only did Cooper pass the P.E. exam on her first try, but in doing so, she also became the first African-American woman in the state of California to do so. Instrumental in promoting engineering as a career to minority youth, the Lois Cooper Scholars program at the University of Wisconsin- Platteville has recently been established in her memory to increase the number of distinguished underrepresented STEM graduates from UW-Platteville.

Combining two seemingly distinct interests — engineering and theater — SWE member Rachel Hutter, P.E., has built an intriguing career with Disney. Hutter graduated from Michigan State University with a B.S. in electrical engineering and a minor in theater. She joined Disney in 1997 as part of the Imagineering® team that built Animal Kingdom®, fulfilling her childhood dream to work for Disney. In 2005, Hutter received SWE’s Emerging Leader Award for Quality and in 2006, she was named Engineer of the Year among all the central Florida engineering societies. Married, a mother, and involved in her community, Hutter exemplifies a well-rounded life.

F. Suzanne Jenniches has the rare distinction of receiving the Society’s Achievement Award (2000); of having served as SWE president (fiscal year 1989); induction into the Society’s College of Fellows in 1993; and receiving the Distinguished New Engineer Award in 1983. Starting her career as a high school biology teacher, Jenniches was the only woman to take evening classes in engineering at Johns Hopkins in the 1970s. She retired as vice president and general manager of Northrop Grumman Electronic System sector’s Government Systems Division in 2010, following an accomplished career with significant contributions and service to the profession. Not long after her retirement, Northrop Grumman endowed in perpetuity the SWE award that Jenniches created: the Suzanne Jenniches Upward Mobility Award. Jenniches established the award to recognize women who rise to significant positions in engineering and technical management.

Ellen Ochoa, Ph.D., deputy director of NASA’s Johnson Space Center, entered graduate school the same year the space shuttle flew for the first time — an event that sparked a lifelong passion for research in space. She became the first Hispanic woman to go to space when she served on a nine-day mission aboard the shuttle Discovery in 1993. A veteran of four space flights, Dr. Ochoa has logged nearly 1,000 hours. She led two shuttle missions dedicated to research, and as the space program moved into the International Space Station era, participated in two missions that were part of the assembly of the space station. On the ground, she helped to determine how astronauts would train for, and operate, an international space station. Prior to her career as an astronaut, Dr. Ochoa was a research engineer and a co-inventor on three patents for an optical inspection system. 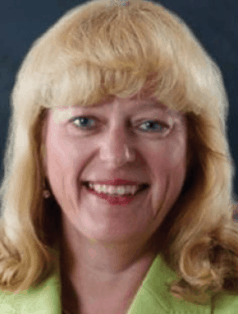 As a young civil engineer, Ruth Ann Omer, P.E., assumed duties as president of Gateway Engineers, following in the footsteps of her father, who co-founded the firm and was stepping back. Amassing more than 20 years of municipal engineering experience, with a background in the construction and inspection arena, Omer manages the engineering activities for seven municipalities located in Southwestern Pennsylvania. She is president and a member of the firm’s board of directors. A life member of the Society, she served on the SWE board of directors in the 1990s, and as SWE president in fiscal year 1995. 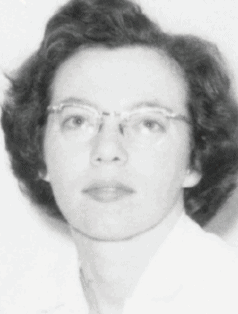 The first woman to receive a degree in electrical engineering from the University of Kentucky, Betty Preece was also an organizing member of the Society of Women Engineers. Preece provided six decades of service to the Society, and was recognized with the SWE Distinguished Service Award, at the 2007 annual conference. A SWE Fellow, she served more than 11 years on the SWE Magazine editorial board, as well as in many other positions. She accomplished a number of “firsts,” including the first woman engineer for the Eastern Test Range, now part of Patrick Air Force Base. She earned an M.S. in science education from the Florida Institute of Technology, where she later taught and started the first SWE collegiate section, serving as counselor from 1976 until shortly before her death in 2009. Passionate about working with young women and encouraging them to find careers in engineering and science, Preece supported outreach efforts and presented at national and international conferences. 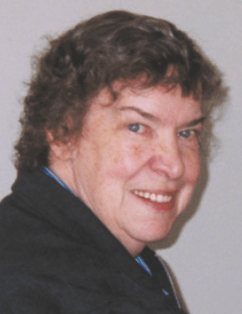 A member of SWE for more than 55 years, Margaret “Pritch” Pritchard, P.E., F.SWE, has served the Society in numerous capacities, including archives committee chair and as Region J director, and various Society and regional roles. She was involved in the planning and execution of the first International Conference of Women Engineers and Scientists, which SWE hosted in 1964 in New York, and enthusiastically attended subsequent ICWES meetings across the globe. For many years Pritchard was an international consultant with her own firm, specializing in wastewater treatment, pollution control, and energy conservation. Instrumental in establishing SWE’s “Over the Hill” tradition at the annual conference, she rarely missed a gathering. 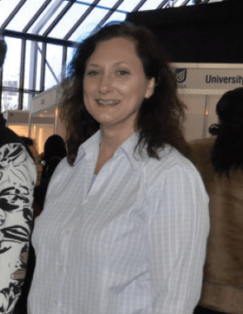 An engineering director for Cummins Inc., Karen Ramsey-Idem, Ph.D., is responsible for global technical resources management. Her current projects include the expansion of a technical center in India, the construction of a new technical center in China, and fully leveraging the global capabilities and capacity for technical work across Cummins Business Units. Dr. Ramsey-Idem joined Cummins in 1997, and holds a B.S., M.S., and a Ph.D. in mechanical engineering from Tennessee Technological University; and “Specialist to Strategist” and “Directing Innovation” certificates from Smith College. A SWE member, she represents Cummins Inc. on the SWE Corporate Partnership Council (CPC). She represents the SWE CPC on the SWE conference advisory board, and is a member of the SWE CPC International Advisory Council. She resides in Cookeville, Tennessee, with her husband and the youngest of their three children. 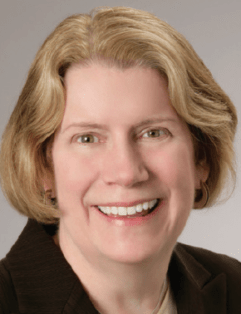 Former executive director and CEO of the Society of Women Engineers, Betty Shanahan is a SWE Fellow and member of the Chicago Regional Section. Shanahan stepped down from her role as executive director at the end of 2013, after serving 11 years and leading the Society to significant growth, most notably increasing the size and scope of the annual conference; expanding SWE’s efforts globally; and establishing the Society as a key resource and driver of public policy concerning women in science, technology, engineering, and math, and STEM education. During her tenure, the Society received the Turner Prize in recognition of SWE’s contributions toward a more diverse industry and technical community. Over the course of her more than 35-year career, Shanahan was the only female engineer who worked on the Eagle minicomputer design project at Data General, and contributed to the design of the first parallel processing computer. She received an honorary doctorate from the University of Connecticut, and the Claud R. Erickson Distinguished Alumni Award from Michigan State University. 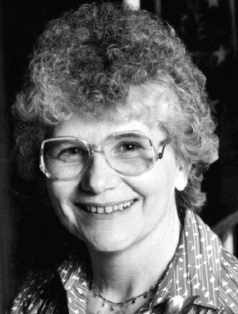 Retired professor of electrical engineering technology at Purdue University, Marge Taber, Ph.D., served as the SWE collegiate section faculty advisor. Diagnosed with cancer, even after 56 radiation treatments and cancer reoccurrences, Dr. Taber never gave up hope. She began her career as a development engineer, and after six years left industry to get in on the ground floor of the development of an electrical-electronic engineering technology program at a community college. She continued as an educator and never looked back. In 1987, she was recognized by SWE as the year’s Distinguished Engineering Educator.