Katherine Johnson – The Inspiring Story of the Brilliant NASA Mathematician

Quaternion Books' first big initiative, which they are funding via Kickstarter, is about the inspiring story and works of Katherine Johnson, the great African-American mathematician who helped NASA make the space program a success. 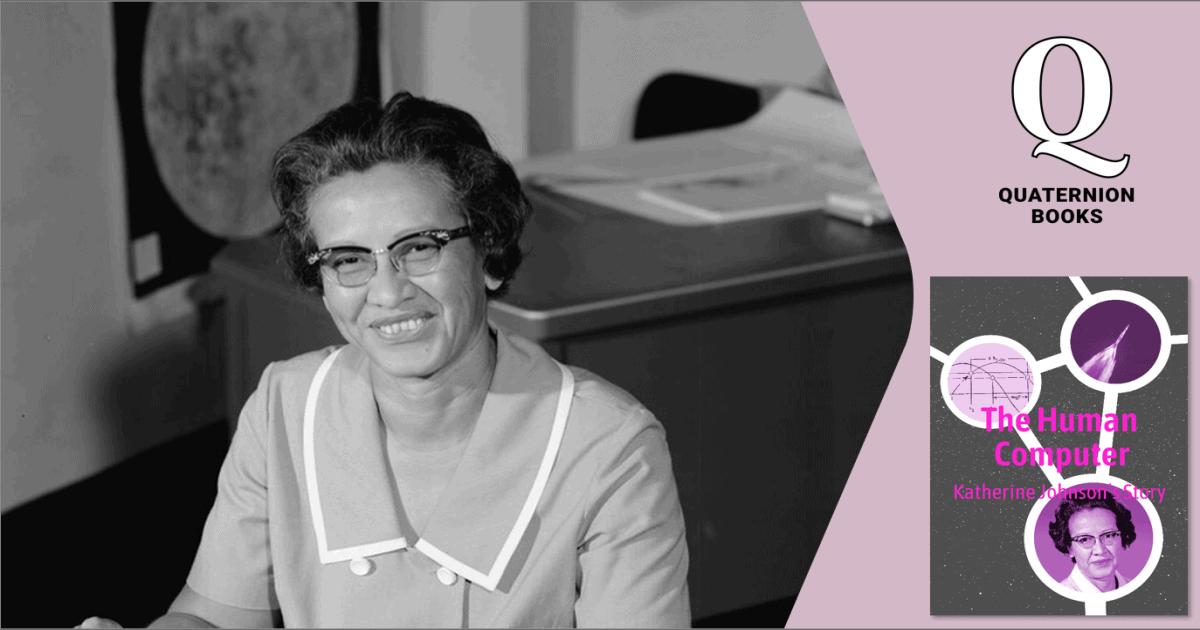 Quaternion Books Science Publication is a start-up with a big dream: increase the global scientific literacy as a mean to support and promote education among the underrepresented.

We are a group of enthusiastic people that works with a simple business model: create books to disseminate scientific knowledge and dedicate part of the revenue to fund projects that promote diversity and inclusion in the STEM field.

We do this by creating accessible and easy-to-understand educational material to fund initiatives that bring scientific literacy to all, regardless of their educational background. 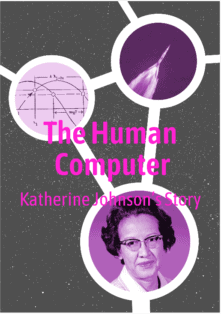 Our first big initiative, which we are funding via Kickstarter, is about the inspiring story and works of Katherine Johnson, the great African-American mathematician who helped NASA make the space program a success.

In our book, The Human Computer — Katherine Johnson’s Story, we present a selection out of the 26 scientific reports written by K. Johnson, retyped with new high quality figures and restyled. The volume includes a new biography of the great scientist enriched by interviews with current and former members of NASA and ESA. In addition, a detailed commentary will be written by astrophysicists from several international institutions across the world in order to help the reader understand the meaning and significance of her calculations (see section ‘About the Authors’, below).

Katherine Johnson was born in the United States in 1918, a time marked by racial segregation and inequality. An exceptional mathematician, she began working for NASA in the early 1950s, in a field dominated by white males. At the time, electronic computers were part of a technology still in its infancy, so that “human computers” were often used to complete or check mathematical calculations. Katherine Johnson was part of a group of bright African-American women that helped NASA become the most successful space agency in the world and bring humankind to the moon.

During her tenure, she worked on every milestone that NASA achieved, including the first American space flight of Alan Shepard in 1961, the first orbital journey of John Glenn in 1962, the Apollo 11 mission, the rescue of the Apollo 13 mission, and the Space Shuttle.

Katherine Johnson was an expert mathematician who made science history, yet the depth of her work remains unknown to many. She understood the importance of having a voice and brought about change by insisting on including her name on papers she co-authored. Even then, she knew her work deserved recognition. She thus became the first woman to be credited for her work in the Flight Research Division.

We find this subject very interesting and in line with what we would like to achieve:

Quaternion Books’ goal is to use authors’ intellectual work to generate value, and the money collected with our sales will be used to fund projects that promote diversity and inclusion in the STEM field.

For instance, we are aiming to invest the proceeds into science scholarships for underrepresented people, distribute funds for summer schools to students from developing countries, and stimulate public discussion on overlooked contributions of minorities (e.g. women, people of color) in the scientific field.

Elena Sacchi, astrophysicist, obtained her PhD at Bologna University and then joined the Space Telescope Science Institute as a postdoc. After three years, she recently joined the Leibniz Institute for Astrophysics in Potsdam, Germany. Her main research focus is the formation and evolution of galaxies in the nearby Universe, but she is also very passionate about teaching and outreach, and has been involved in several projects both as a volunteer and as invited lecturer in schools and at public events.

Valeriya Korol is a gravitational wave astronomer working at the Institute for Gravitational Wave astronomy at the University of Birmingham (UK). Her current work specialises in modelling compact binary systems composed of stellar remnants such as white dwarfs and neutron stars in our Galaxy. These systems are strong gravitational wave emitters, which will be detectable by the Laser Interferometer Space Antenna (LISA), an upcoming European Space Agency space experiment. The goal of her research is to explore the potential of LISA observation for studying our Milky Way. She looks at her job through the lens of art and takes all opportunities she can to make it beautiful and fun.

Yuri Cavecchi graduated in Astronomy from the University of Padua, then moved to the Netherlands where he obtained his PhD degree from the Anton Pannekoek Institute for Astronomy. He held a Marie Curie Global Fellowship at Princeton University and the University of Southampton (UK) before joining the Institute of Astronomy of UNAM as a tenure track. His work mainly focuses on MHD simulations of flames on neutron stars. He enjoys developing numerical tools and also works on jets as well as on the statistical interpretation of observational data.