Origami and its kinetic cousin, kirigami, have delighted and challenged the eye and mind for centuries. Today, engineers, physicists, and scientists collaborate with both arts to improve our well-being, inside and out. 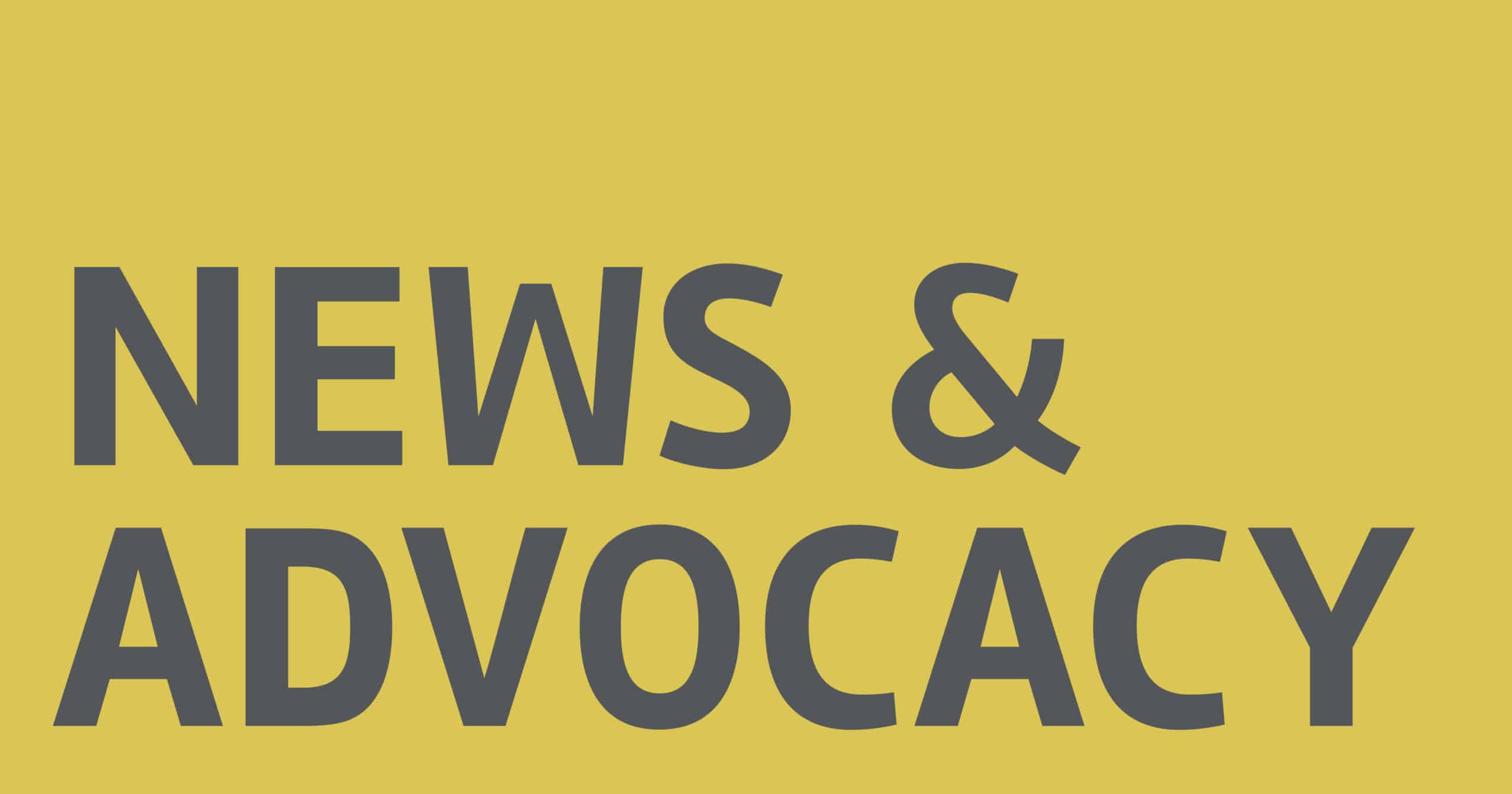 Origami, the art of folding paper into three-dimensional objects, is a pure expression of aesthetics and geometry. Artists “teach” a sheet of paper by positioning, holding, and folding it in precise patterns, the creases becoming “memories” in its fibers. Creating it can be fascinating, even joyful. But it has many other potential applications and benefits — and one of them is engineering artificial liver tissue for screening medical therapies.

Carol Livermore, Ph.D., is an associate professor of mechanical engineering at Northeastern University. “My lab was working on techniques for directed assembly of tiny objects, including cells, onto flat surfaces. We already had a great technique for placing different sizes or kinds of cells where we wanted them, but only as long as the tissue needed was flat.”

Brainstorming with her team, Dr. Livermore lit on origami as a way to leverage 2D patterns into 3D objects. “Origami makes all kinds of fascinating shapes, but it has other, less-well-known features. For example, you can design structures so there’s only one likely outcome when you fold it.”

Their project received $2 million in funding from the National Science Foundation (NSF) and the U.S. Air Force Office of Scientific Research, one of many projects explicitly required to use origami for an important engineering purpose, and to include origami artists and mathematicians.

With physicist and origami master Robert J. Lang, Ph.D., aboard, the team learned about “single degree of freedom” origami designs. “Basically, if you pattern the creases in the right places, then leave one hand fixed in place, and with the other hand grasping another part of the sheet, the direction a fold will take becomes entirely predictable,” Dr. Livermore said. “That reliability is very important to engineering results.”

Liver function is difficult to replicate. In liver tissue, blood flows through tiny pathways, called sinusoids, so that molecules can reach the individual layers of hepatocytes that filter substances from the blood.

“This pattern repeats, over and over, in a block of tissue. If the nutrients and chemicals that need to be processed by the liver can’t reach a hepatocyte, it won’t thrive or be useful, and all these incredibly thin layers are needed. Then you need flow through the blood vessels and diffusion across endothelial layers. That lets substances reach the hepatocytes, while protecting them from shear stress of flow going by,” Dr. Livermore explained.

Origami, automatically a layered structure, was an optimal solution. In the origami artificial tissue, cells were seeded on a sturdy, nanoporous polycarbonate membrane coated with collagen to keep the cells viable, with tiny pores functioning as the endothelial layers that line the sinusoids. “Now we could place hepatocytes on one side, and endothelial cells on the other. We had flow of cell culture medium, like artificial blood, on one side of the nanoporous membrane, and hepatocytes and cell culture medium on the other, and diffusion across the membrane, taking nutrients to the hepatocytes.”

To direct the flow, double-sided Kapton® tape was used, with laser-cut holes at precise intervals. Next, the double-sided tapes and membranes were cross-folded accordion-style at 90 degrees, over and over (to visualize, put two strips of paper together at right angles and fold). The holes in the folded tape created a flow path. “The cool thing is, that gave us the ability to reasonably replicate what happens in the body. The origami pattern was manually folded in a deterministic way, its creases predefined by laser; a technical imitation of how origami artists lay out their work.”

Dr. Livermore and her team recently completed the NSF project, achieving their first goal: creating artificial tissue devices that function and respond to drug therapy as human tissue would.

Kirigami: Good for the Sole(s)

Like origami, kirigami involves folding, but also allows cutting and gluing. Katia Bertoldi, Ph.D., principal investigator of the Bertoldi Group at Harvard University’s John A. Paulson School of Engineering and Applied Sciences, has long experimented with this form, for example, developing soft robots that move like snakes, with kirigami scales for locomotion. “Kirigami is a simple platform, introducing cuts into paper, but it’s fascinating what you can make with it — so many interesting shapes that morph and transform.”

Now, she’s developing kirigami-based shoe soles to help prevent falls on slippery surfaces, such as ice. Globally, 37.3 million serious fall injuries occur annually, with 646,000 fatalities, a great number of them in people over 65, according to the World Health Organization.

Dr. Bertoldi’s role in developing the device was researching the needed geometry, learning how its design would affect results, and adjusting it to work with the behavior of human feet.

Consider how a snake’s scales grip the ground. “Our concept is very similar to how snakes use their scales. Studying them, we learned that the scales also move up and down, and each scale is independently actuated. We implemented that in the artificial system we were developing.”

The laser-cut, steel sole looks remarkably like metal snake scales, satisfyingly symmetrical. Attached to the shoe, the scales open outward as the foot flexes midstep, projecting underlying teeth that grip icy surfaces by increasing friction with the ground. As the stride completes, they retract and the scales flatten, ready for the next step.

“Right now, it’s a detachable steel sheet that attaches to a rubber sole. We’ve applied for a patent, and then we can work on embedding it in shoe soles — that affects the fabrication process. We don’t want the connection to prevent the desired motion.”

While test subjects have been young, healthy adults, Dr. Bertoldi sees potential for customizing the soles to work with older or compromised gaits. “One of our points of interest is outdoor activity, and preventing elderly people from slips and falls. Another is industry related, where many types of falls occur. Each environment has different conditions, and requires different materials. We want to optimize the geometry, fabrication, and materials, and how they integrate into the shoe to achieve that functionality.”

Dr. Bertoldi and her colleagues are talking with interested companies about supporting the work. Meanwhile, they are also developing the detachable prototype and learning how to integrate it in a more substantial way to the shoes.

She acknowledges there are certain instances where a detachable sole might be better for certain situations, but that most feedback points to integration with the shoe. “That’s where the interest lies right now.”

Organs on a chip

Designing medication from scratch means thousands of discarded possibilities. After testing, cell cultures, animal testing, and clinical trials, researchers are lucky to find one promising candidate. A future step for Dr. Livermore will be scaling up the device for pharma development. “What if you could quickly figure out which candidates won’t work before testing in humans? Ultimately, our goal is to help speed the process.” 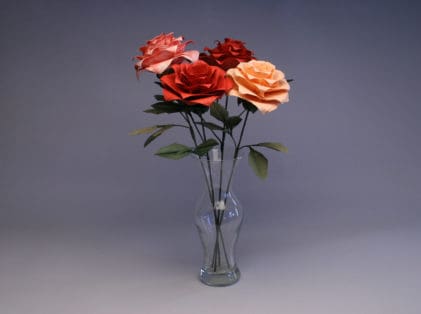 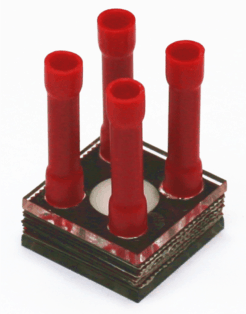 Another goal is creating multi-organ systems. “For example, the liver transforms pharmaceuticals into other forms that can impact the heart,” Dr. Livermore said. “Can we make origami-enabled multi-organs, larger ‘systems-on-a-chip,’ that replicate liver and heart function and how they interact?

“Then there’s personalized medicine. It’s better if you can offer the right medication the first time, rather than losing time experimenting. If we can deliver a good model — and it’s not just us working toward this — a whole range could be tried on one patient’s cells to learn what works best.”

Farther out, Dr. Livermore envisions origami-enabled engineering of transplantable tissues with complex, 3D structures. “Most transplantable tissues — bladders or skin that can be grown in a lab — are basically flat sheets. Can we take that next step and get to 3D? The origami approach offers complexity that is much harder to create by other means.”

Intrigued by the relationship between art and engineering? SWE Magazine will explore this notion in greater detail in the upcoming WE20 conference issue, in keeping with the WE20 theme, “Practice Curiosity.” Stay tuned!