Reinvigorating the struggle for women’s rights at a critical time, the National Woman’s Party helped bring about woman suffrage as well as introduce the Equal Rights Amendment. 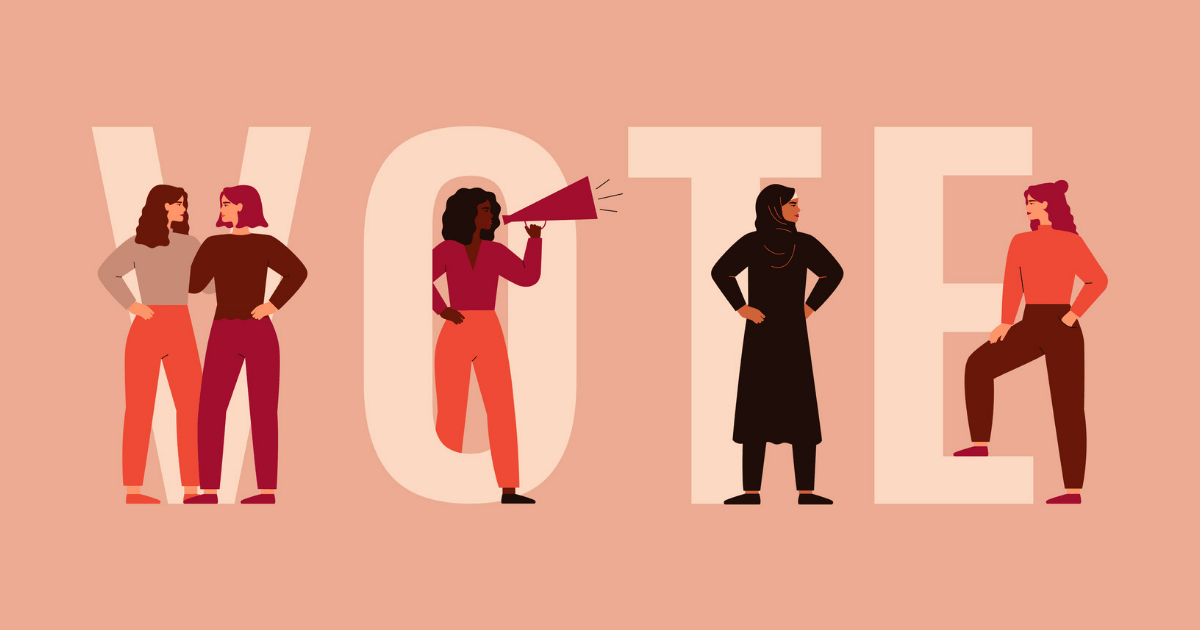 “The National Woman’s Party and the Fight for Women’s Rights” was written by Anne M. Perusek, SWE Director of Editorial and Publications. It was a digital exclusive published in conjunction with the SWE Magazine Spring 2015 issue.

Slightly more than 100 years ago, March 3, 1913, was the eve of Woodrow Wilson’s inauguration as 28th president of the United States. By no coincidence, it is also the date of one of the largest women’s rights parades in the country. Sixty-five years and two to three generations earlier — in 1848 — the first known national women’s rights convention had been held in Seneca Falls, New York.

By this point, trailblazers such as Elizabeth Cady Stanton and Susan B. Anthony had died. Progress on obtaining the right to vote was very slow. On March 3, 1913, between 5,000 and 8,000 supporters of woman suffrage marched down Pennsylvania Avenue, from the Capitol to the White House, demanding that women have the right to vote. Many of the onlookers harassed and physically attacked the marchers. They threw lit cigar butts, pushed and shoved the marchers, and tossed verbal insults. Despite having granted appropriate permits for the parade, the Washington, D.C., police force did nothing to protect the marchers, nothing to stop the attackers. At least 200 marchers were injured. Army troops had to be called in from Fort Myer to stop the violence.

The above transpired as Woodrow Wilson’s inauguration train was arriving at Union Station. An estimated half-million people were witnessing the parade or participating in the violence against the marchers, rather than greeting the new president. The next day, the inauguration took place, and by then the woman suffragists had gained considerable publicity and sympathy. As a result of the public outcry, there was an investigation into the Washington, D.C., police force that led to the expulsion of its chief.

The above story is just one of many from the long struggle for women’s rights in the United States. That it is not well known underscores the importance of expanding our knowledge and understanding of history, and speaks to the need to “write women back into history,” as the National Women’s History Project has proclaimed. In fact, this year marks the 35th anniversary of the women’s history movement.

A significant part of the chronicle of women’s rights is preserved in Washington, D.C., in the Sewall-Belmont House and Museum located on Capitol Hill. A handsome brick structure that dates back to 1799, the building became home to the National Woman’s Party (NWP), whose leaders organized the March 3, 1913, parade and eventually broke away from the long-standing and more conservative woman suffrage organization. The NWP is credited with infusing new energy in the drive to woman suffrage, as well as the Equal Rights Amendment (ERA). The Sewall-Belmont House served as the party’s headquarters during the years it worked on the ERA.

The key figure in establishing the NWP and devising tactics such as the March 3 parade was Alice Paul. She had spent time in England, supporting suffragist activities there and becoming friends with the Pankhurst family — militant activists whose strategy was to “hold the party in power responsible.” Adopting a similar approach in the United States, Paul and her cohorts led many more suffragist parades, speaking tours, and demonstrations in front of the White House, as well as other attention-grabbing activities. Members of the NWP were arrested and imprisoned, where they went on hunger strikes and were force-fed.

The party also established its own newspaper, The Suffragist, which documented their activities and included illustrations by political cartoonist Nina Allender.

After many long years of struggle, the 19th Amendment granted women the right to vote. It passed the U.S. Senate and House of Representatives in May-June 1919 and was signed into law Aug. 26, 1920. Paul and the NWP viewed this as only one important step in the march toward full equality. At the NWP convention the following February, members began a campaign to ensure full equality for women in the United States and throughout the world.

“When men are denied justice, they go to war. This is our war, only we are fighting it with banners instead of guns.”

In July 1923, Alice Paul presented a draft of the ERA. It was the 75th anniversary of the 1848 Seneca Falls Convention — the first national convention on women’s rights. Less than six months later, in December 1923, Sen. Charles Curtis (Kan.) and Rep. Daniel Anthony (Kan.) introduced the amendment in Congress for the first time. Nearly 50 years later, it was finally approved by the Senate on March 22, 1972, and sent to individual states for ratification. To become law, ratification by 38 states was required. When the deadline of June 30, 1982, expired, the amendment was three states short. It was defeated by a well-organized and well-funded campaign that appealed to fears that women would no longer be “feminine,” etc. While the language had been modernized, at its roots the opposition to the ERA was not much different from the initial opposition to woman suffrage. Some of the arguments against the ERA included that it would disrupt the relationship between men and women as understood in some interpretations of the Bible, as well as prevent husbands from supporting their wives. The ERA is yet to be passed, though currently there is momentum to reintroduce it.

As we honor women who paved the way, it’s important to keep in mind that just 100 years ago, women did not have the right to vote or to consider any of life’s possibilities — from education and career to decisions regarding marriage; whether to marry or not; whether to have many children or to limit the size of one’s family through birth control — all aspects of modern life taken for granted today. And while women now enjoy these rights, we still fall short of having the protections under law that the ERA would have guaranteed. If Alice Paul were alive today, it’s certain that she would say there is still much work to be done.