The 2017 National Action Council for Minorities in Engineering (NACME) Award recognizes the coalition’s partnership and visionary goal of graduating 50,000 diverse engineers annually by 2025. 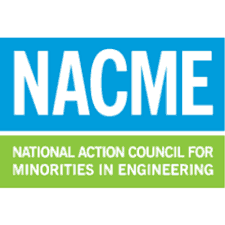 The 50K Coalition will be honored with a 2017 National Action Council for Minorities in Engineering (NACME) Award on Wednesday, October 18, 2017. The award recognizes the coalition’s partnership and visionary goal of graduating 50,000 diverse engineers annually by 2025. The 50K Coalition was formed by the nation’s preeminent diversity engineering organizations: the American Indian Science and Engineering Society (AISES), the National Society of Black Engineers (NSBE), the Society of Hispanic Professional Engineers (SHPE), and the Society of Women Engineers (SWE). Among hundreds of others, AISES CEO Sarah EchoHawk will be present at the 2017 NACME Awards Gala, at the Cipriani 42nd Street in New York City, to honor the achievements of the corporations, universities, and individuals dedicated to creating a diverse science, technology, engineering, and mathematics (STEM) workforce.

Based in White Plains, NY, NACME seeks to increase the proportion of African American, American Indian, and Latino young women and men in STEM careers through partnerships with like-minded entities. Their goal is to inspire and encourage excellence in engineering education and career development toward achieving a diverse and dynamic American workforce.

The 50K Coalition was formed to address underrepresentation in the U.S. workforce and to combat the challenges to inclusion of minority students in engineering, academia, and the workforce. AISES, SHPE, SWE, and NSBE collaborate with more than 40 organizations to develop a framework and action plan to guide the group’s collaboration and success. Together, the four organizations serve more than 85,000 high school, college, and professional members. 50kcoalition.org