The keys to advancing a career at this time include recognizing how important the soft skills have become, then taking the initiative to seek and develop the resources, abilities, and support you need. 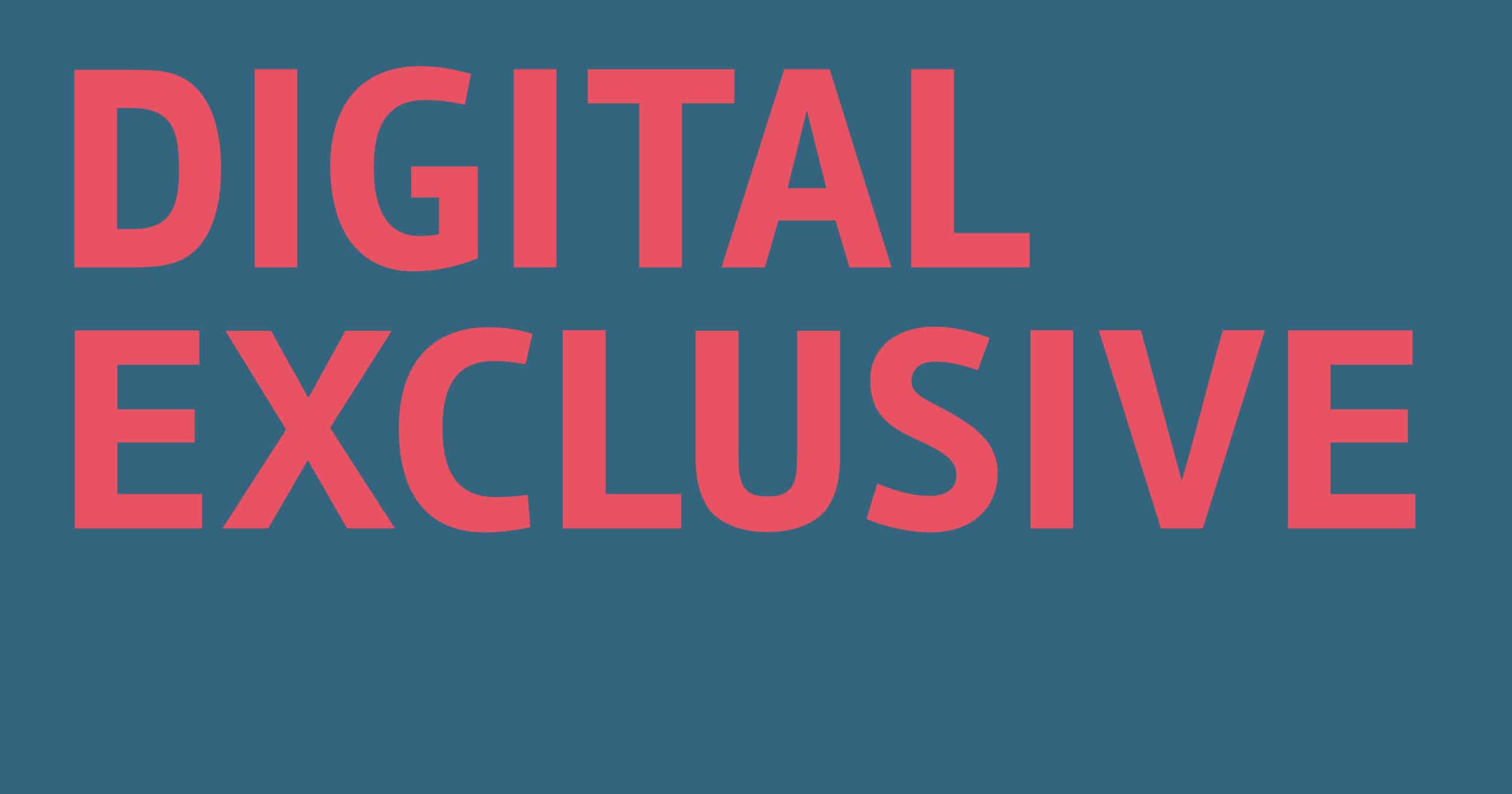 She’s eagerly preparing to return to the workforce, even as the coronavirus pandemic continues to engulf the United States.

“I see opportunity all around, [even] as we are living though such uncertainty and challenging times,” said Rivera, who expects to earn her bachelor’s degree in electrical and computer systems engineering in May 2021 from the University of Arkansas. 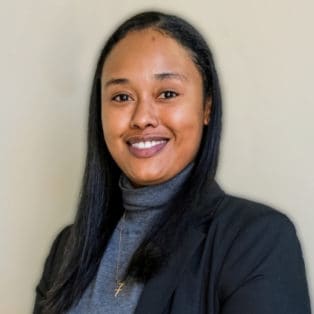 Rivera said she’d advise her peers on the cusp of graduating to take advantage of SWE’s many resources, including webinars, mentorship opportunities, online training videos, and participation in affinity groups. They’re excellent resources for gaining or enhancing those “soft skills” that hiring managers say are increasingly important in STEM professions, she said.

(Simply put, those soft skills are all the nontechnical skills that translate into how you work — how you communicate, listen, interact, manage your workflow, and work as a member of a team.)

“Don’t be afraid to jump at opportunities that are aligned with the goals you’ve set out for yourself,” said Rivera, who serves as a lead with SWE’s African American affinity group and as treasurer for SWE’s University of Arkansas section. She also hones her gaming skills by participating in the Artificial Intelligence Council at Arkansas State University. Rivera’s involvement in the council has provided her a community of professors and other students, as well as the space to become familiar with how natural language processing is used in sentiment analysis (also known as opinion mining) to analyze text data.

She aims to continue her education with a master’s and a doctorate, and to keep working in the field.

Rivera learned to put a priority on her health after receiving unexpected diagnoses of narcolepsy and Crohn’s disease, leading her to take medical retirement from the military in October 2013. At the time, she had attained the rank of sergeant. “Keeping a positive attitude is extremely important for your health,” Rivera said, especially while navigating the stress of starting a new career amid the COVID-19 pandemic.

“Job seeking during a pandemic can be a tad bit overwhelming, but [it] can also be rewarding [by] not letting such a time get in the way of positioning yourself to lead and work wonders as a female engineer or entrepreneur in tech,” said Rivera.

Be open to possibilities

Nina Ahuja, corresponding secretary for the SWE San Diego Section, who was active in SWE as a university student, discovered a budding client network among her acquaintances.

After Ahuja’s husband took a job in September 2019 in Escondido, California — 450 miles from where they were living in San Jose, California — Ahuja had to rethink her strategy of applying to jobs online and going to job fairs and turn to taking on volunteer and nonprofit work. The couple had moved to San Jose from Ann Arbor, Michigan, in January 2018, after Ahuja’s husband accepted a prior job offer. 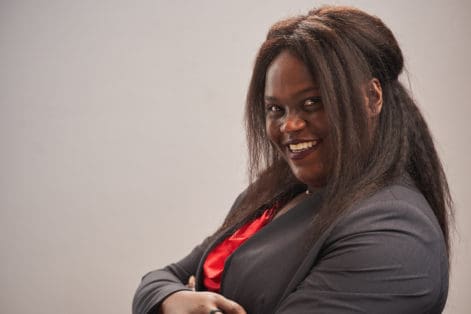 Though Ahuja garnered a full-time job as a data analyst because of the leadership and skill levels she demonstrated while volunteering, her employer laid her off when she requested to work remotely.

Along the way, Ahuja had been helping small businesspeople upgrade their websites and implement new workplace processes and procedures. She found it particularly rewarding, pre-COVID, to help a businesswoman expand by adding an online-only platform to her brick-and-mortar retail business.

“Being an entrepreneur was not something I set out to do,” Ahuja said. “It just happened. A mentor suggested that I start consulting since my partner’s career causes us to relocate so much, and I’m glad I did. It gives me some sense of stability. I eased into the role of business owner, working remotely with most of my clients. I would do projects that I would just find out about through networking in my immediate circle.”

“Consulting started off as a side project while I was working full time and going to graduate school,” she said. “The business took off when I graduated and was laid off from my full-time role in December 2019.” Her company, Houston Consulting Solutions, contracts for freelance work as a business analyst, project manager, and process operations manager.

“This transition may sound depressing, but it was great because consulting gave me the experience I needed to be competitive in the workplace,” Ahuja continued. “It also gave me the time to attend workshops and complete trainings to develop myself professionally. Because I gave myself that opportunity to develop my skills, I was able to secure a role as a ScrumMaster recently. Of course, I’ll still keep my business going.”

“A lot of this wasn’t formal. It was relying on soft skills to get the job done,” she said. “I found what worked best was talking to the right person at the right time. Most of my clients were people I already knew. I could say [to them], ‘I know what you envision. I understand your mission. This is my value add.’” 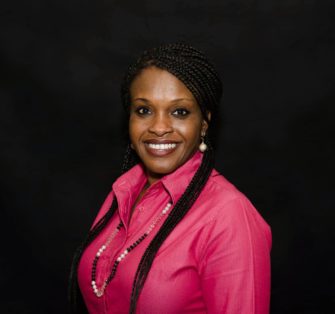 It’s timely to point out that whether women start their own businesses or work for others, they’ll need not only the more familiar soft skills, but also the ability to make an impression while videoconferencing and to understand how managers will use remote technologies to evaluate metrics, experts say. A PwC survey showed, for example, that analytics will become human resources executives’ No. 1 digital investment (https://pwc.to/3r41rz7).

Another essential skill in the COVID era is the ability to motivate others, especially in an uplifting way, the PwC survey revealed. Those skills are subtle, and childhood and teen experiences can boost women’s confidence to leverage them.

“Keep your ears to the ground and be flexible to retrain, upskill, and be relevant to the current climate,” said Rose-Margaret Ekeng-Itua, Ph.D., professor of engineering at Ohlone College in Fremont, California, who serves as a special director on SWE’s board of directors and was the founding lead for the Society’s African American affinity group. Dr. Ekeng-Itua also served as president of the SWE Mt. Diablo Section and received SWE’s Advocating Women in Engineering Award in 2018.

She advised that students nearing graduation should pay particular attention to growth sectors such as Industry 4.0, data analytics, just-in-time design, and smart manufacturing for biomedical systems, as well as job opportunities at national laboratories, government agencies, and retraining specialty companies.

“We’re now in the Fourth Industrial Revolution,” Dr. Ekeng-Itua said. “So look for ways to align your career to a variety of verticals, whether that’s finding your niche in smart manufacturing, the Internet of Things, artificial intelligence, or the cognitive sciences that help inform the design of usable software platforms, especially for big data analytics.”

Another promising sector is environment/climate change, said Dr. Ekeng-Itua, who has taught students who have interned at electric-car manufacturer Tesla. Electric-vehicle manufacturers such as Tesla are constantly hiring talent, she said. Look beyond the obvious, never be afraid to reinvent yourself, and pursue your passion, Dr. Ekeng-Itua said.

And when it comes to finding a support network, Dr. Ekeng-Itua says it’s important to strengthen your existing support structures. “You can reap a lot of social equity by strengthening your connections” to others in the industry, including those in SWE, she said.

Rivera said she, too, advises soon-to-be graduates to actively seek networking opportunities. “I spoke to faculty advisors and started asking how I could get involved when I joined the University of Arkansas [engineering] program,” she said. Rivera said she immediately recognized the importance of joining SWE because she is the only woman minority in most of her university classes and had been one of the few women working in IT and telecommunications during her six years of active duty in U.S. Army brigade communications. 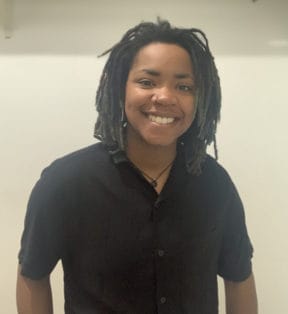 Cayla Hawkins, a process engineer at Hoist Material Handling in East Chicago, Indiana, found work just months before the pandemic hit by staying close to home. “Go locally,” Hawkins said, noting that a friend of hers had an out-of-state job offer repeatedly delayed because of pandemic restrictions.

Hawkins observed that engineering companies in the Chicago region are actively seeking job candidates, and that her company — which handles design, raw materials cutting, welding, painting, assembling hoses, tubing, axles, and tires to build Toyota-branded forklifts — is particularly interested in hiring new graduates. A graduate from a STEM-based academy at Bartlett High School in Chicago’s northwest suburbs, Hawkins earned her bachelor’s degree in mechanical engineering and technology in 2019 from Purdue University.

It’s also smart to stay in touch with your professors and university career centers, Hawkins said. “Schools are still doing their best to have job fairs and updating us on [student job board] Handshake about opportunities,” she said.

And professors can provide job leads, too.

“If you are just graduating, continue to contact your teachers,” Hawkins said. “They are always super helpful. One of my former teachers always emails me to ask, ‘Do you know anyone who meets these criteria [to fill a job opening]?’” And, finally, she said, “Ask anyone and everyone who’s been in your life with engineering.”

Liz Elting, founder and CEO of the Elizabeth Elting Foundation, based in Manhattan, said a particularly positive aspect of starting one’s own company — even if one’s entrepreneurship is prompted by a pandemic — is the ability to support and empower women and other marginalized populations. And that’s increasingly important as research shows young people are taking on significant caregiving duties that they believe could damage their long-term career opportunities. 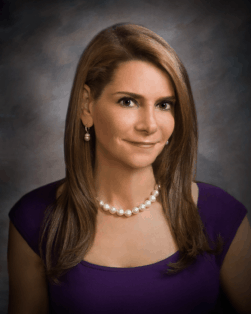 An October 2020 report, “Something’s Gotta Give,” by S&P Global Market Intelligence revealed that:

The report resulted from a survey of 1,573 people, equally divided between men and women, working at companies with more than 1,000 people that approximated the 500 largest U.S. companies.

So in terms of being a business owner who can hire others and ensure fair work standards, “it’s about being the solution instead of waiting for someone else to be,” said Elting, who in 1992 started TransPerfect, a language solutions company that grew to be the world’s largest. She sold her stake in the company in 2018.

“Jobs are down, and artificial intelligence is going to continue to replace jobs, post-pandemic,” said Elting, who cited her recent read of Ten Lessons for a Post-Pandemic World, written by CNN host and Washington Post columnist Fareed Zakaria, Ph.D., as prescient.

“Women-owned businesses need to make it a priority to recruit and hire women, and help to make sure they are ensuring equal pay, that women hold senior leadership positions, sit on boards of companies, and, outside of the business itself, focus on people’s rights,” Elting said. “The ability for women to gain more financial power begets economic power, and that begets political power,” she said. “We have to invest in each other.”

Elting said it’s important to keep top of mind the long-term impact of pushing forward to empowerment. She cited: