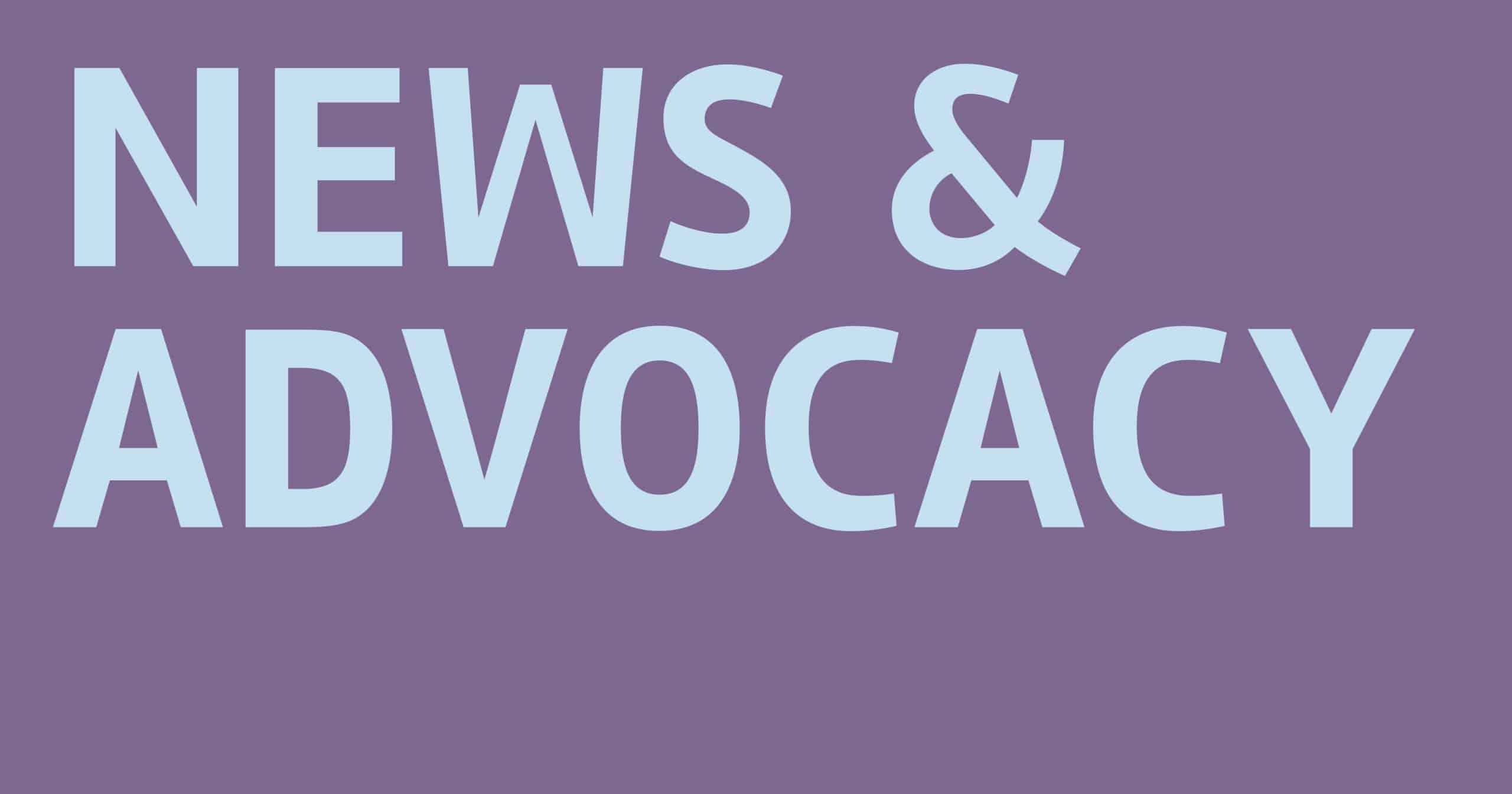 The Ohio State University (OSU) has named accomplished roboticist, entrepreneur, and educator Ayanna Howard, Ph.D., dean of the College of Engineering. Dr. Howard will join OSU March 1 from the Georgia Institute of Technology, where she is chair of the School of Interactive Computing in the College of Computing, as well as founder and director of the Human-Automation Systems (HumAnS) Lab.

Dr. Howard will be the first woman to lead the OSU College of Engineering.

Her career spans higher education, NASA’s Jet Propulsion Laboratory, and the private sector. Dr. Howard is the founder and president of the board of directors of Zyrobotics, a Georgia Tech spin-off company that develops mobile therapy and educational products for children with special needs. Zyrobotics products are based on Dr. Howard’s research.

“Dr. Howard is an innovator whose skills and passion are a perfect fit with Ohio State’s focus on convergent research and discovery,” said President Kristina M. Johnson, Ph.D. “To attract a leader of her caliber shows both the strength of our engineering program and the acceleration of the university’s overall research mission.”

In addition to her role as dean, Dr. Howard will be a tenured professor in the college’s department of electrical and computer engineering with a joint appointment in computer science and engineering.

From 1993 to 2005, she worked at NASA’s Jet Propulsion Laboratory, where she held multiple roles, including senior robotics researcher and deputy manager in the Office of the Chief Scientist.

She joined Georgia Tech in 2005 as an associate professor and the founder of the HumAnS Lab. The lab focuses on humanized intelligence, which uses techniques such as sensing and learning to enhance the autonomous capabilities of robots or other computerized systems.

The American Indian Science and Engineering Society (AISES) has named Cara Cowan Watts, Ph.D., the 2020 recipient of its Ely S. Parker Award. Now in its 37th year, the award recognizes an Indigenous professional who has achieved an exceptional career while supporting education in STEM disciplines.

Dr. Cowan Watts is CEO and principal owner of Tulsa Pier Drilling, a privately held small business with operations in Oklahoma and Arkansas. She built the company into an industry leader, and today it is one of the fastest-growing, 100% Native American-owned companies.

Dr. Cowan Watts is a ninth-generation resident of Rogers County, Oklahoma, and a direct descendant of Old Settler Cherokee Chief John Rogers, who lived in the Cooweescoowee District of the Cherokee Nation. In her tenure as a tribal councilwoman, Dr. Cowan Watts made significant contributions to the Cherokee Nation in education, economic development, sustainability, tribal sovereignty, health care, water quality, and water rights.

Currently president of the AISES Oklahoma professional chapter, Dr. Cowan Watts is a lifetime AISES Sequoyah Fellow. She is a member of the Society of Women Engineers, the Tulsa Engineering Foundation, and the American Society of Agricultural and Biological Engineers, among others.

She was elected a fellow by the National Academy of Inventors, a highly prestigious honor recognizing her accomplishments as an academic inventor. The academy acknowledged Dr. Reichmanis as an internationally recognized expert in the field of microlithography who has made wide-ranging contributions in the design and development of polymer/organic materials and processes for advanced electronics and photonics. Her career with AT&T Bell Laboratories (Bell Labs) spanned four decades and resulted in some 20 U.S. patents for innovations that played key roles in the personal computer revolution.

Her research, at the interface of chemical engineering, chemistry, and materials science, spans fundamental concept to technology development and implementation. In the field of microlithography (which is central to the manufacturing of electronic devices), her work has contributed to the development of a molecular-level understanding of how chemical structure affects materials function, leading to new families of lithographic materials and processes that may enable advanced, very large-scale integration manufacturing.

Dr. Reichmanis started her independent career with Bell Labs, where she was Bell Labs fellow and director of the materials research department.

In 1993, SWE recognized her work with its Achievement Award, the Society’s highest honor.

Two women, Lin X. Chen, Ph.D., and Julie Jastrow, Ph.D., are among five leading researchers from the U.S. Department of Energy’s (DOE) Argonne National Laboratory who were recognized as Argonne Distinguished Fellows, the highest professional scientific rank accorded by the laboratory. The new fellows have earned international recognition for their work and demonstrate the type of leadership that enables Argonne to accelerate science and technology for U.S. prosperity and security. Guy Savard, Ph.D.; Deming Shu, Ph.D.; and Dileep Singh, Ph.D., complete the 2020 class of fellows.

Lin X. Chen, Ph.D., is senior chemist in Argonne’s Solar Energy Conversion group, Chemical Sciences and Engineering division. She is also a professor of chemistry at Northwestern University. Following her postdoctoral research at the University of California, Berkeley, she joined Argonne as a staff scientist in 1989. While at Argonne, Dr. Chen has conducted pioneering research in X-ray transient absorption spectroscopy and constructed one of the first such facilities at the Advanced Photon Source, a U.S. Department of Energy (DOE) Office of Science user facility at Argonne, to capture short-lived transient molecular structures of photoexcited states. In 2007, she joined Northwestern University as a full professor, where she expanded her overarching research in both institutions. Her research focuses on fundamental light-matter interactions, including excited-state molecular structural dynamics in photocatalytic and photovoltaic processes.

In recent years, Dr. Chen also has led research teams working on understanding the roles of ultrafast and coherent electronic and atomic motions in photochemical reactions, as well as functional structural dynamics of biomacromolecules on multiple spatial and temporal scales. Her main tools for research are ultrafast laser and X-ray spectroscopy/scattering and other property/structural methods in collaborations with theorists and chemists interpreting and making molecules and materials.

Julie Jastrow, Ph.D., is a senior terrestrial ecologist and group leader for the Ecosystem Biogeochemistry group in Argonne’s Environmental Science division. She is also a member of the Northwestern Argonne Institute of Science and Engineering and the adjunct graduate faculty in the department of biological sciences at Boise State University. Dr. Jastrow joined Argonne as a scientific assistant in 1975, transitioned to assistant scientist in 1979, and became a senior scientist in 2010.

Her research interests include plant-microbe-soil interactions and the biological and physicochemical factors affecting soil organic matter dynamics, soil structure, terrestrial carbon sequestration, and restoration ecology. Currently, she is investigating the vulnerability of permafrost-region soils to environmental change and the climate adaptation and sustainability of perennial bioenergy feedstocks.

Frances S. Ligler, Ph.D., received the Simon Ramo Founders Award for her research, contributions, and leadership in engineering. She is the Ross Lampe Distinguished Professor of Biomedical Engineering in the joint department of biomedical engineering in the College of Engineering at North Carolina State University and the School of Medicine and College of Arts and Sciences at the University of North Carolina at Chapel Hill. Conferred by the National Academy of Engineering (NAE), the 2020 award honored Dr. Ligler “for the invention and development of portable optical biosensors, service to the nation and profession, and educating the next, more diverse generation of engineers.”

Previously, she worked for the U.S. Naval Research Laboratory for 28 years. She has served on the board of trustees of Furman University and currently serves on the academic advisory board for Plaksha University in India.

Dr. Ligler’s current work is in the fields of biosensors, microfluidics, tissue-on-chip, and regenerative medicine. She has also conducted research in biochemistry, immunology, and analytical chemistry. She has more than 400 publications, including 35 U.S. patents and four books, and has served on editorial boards for nine journals. Her inventions have been directly commercialized in 11 biosensor products used in food production plants, clinics in developing countries, pollution cleanup sites, and areas of concern for military and homeland security.

Elected to the NAE in 2005, Dr. Ligler served on the NAE Council from 2014 to 2020. She is a fellow of the American Institute for Medical and Biological Engineering; the American Association for the Advancement of Science; SPIE, the international society for optics and photonics; and the National Academy of Inventors. In 2017, she was inducted into the National Inventors Hall of Fame for her inventions seminal to portable optical biosensors.