Did you know about an even bigger type of medieval siege weapon called a trebuchet? Try this project to build a miniature version! 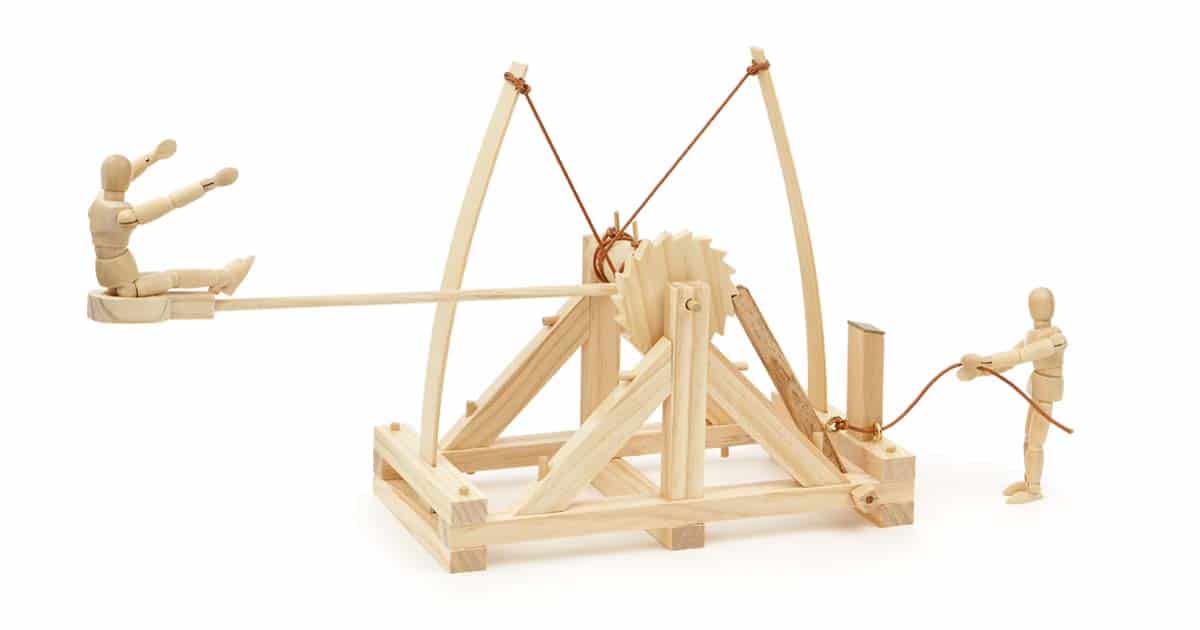 Mechanical engineers are part of your everyday life, designing the spoon you used to eat your breakfast, your breakfast’s packaging, the cap on your toothpaste tube, and much more!  Virtually every object that you see around you has passed through the hands of a mechanical engineer. Consequently, their skills are in demand to design millions of different products in almost every type of industry.

You probably know what a catapult is. In the Middle Ages armies would use them to hurl stones at castle walls. But did you know about an even bigger type of medieval siege weapon called a trebuchet? Try this project to build a miniature version!

A trebuchet relies on gravitational potential energy—the type of energy you get by raising something up off the ground. A trebuchet has a lever arm with a large, heavy counterweight on one end and a smaller projectile on the other end. When the counterweight is raised up, it has lots of gravitational potential energy. Then the counterweight is allowed to fall, rotating the lever arm and converting that potential into kinetic energy in the projectile, which is flung through the air. Many medieval trebuchets were larger and could hurl projectiles even farther than catapults.

Assemble all your materials in a location that is open and clear of people, animals or breakable objects so that you can test your trebuchet.

Safety note: Never aim projectiles at people or animals. A toy trebuchet might seem harmless, but even a small projectile can cause eye damage.

If you’re having trouble you can watch a video of the build here:

Depending on exactly how you built your trebuchet, the results you see will vary. Remember that there is no single “correct” way to build the trebuchet. A well-built trebuchet should be able to hurl an eraser a few feet. Do not get discouraged if at first your trebuchet launches the eraser straight up in the air or fails to release it at all. You should be able to tinker with your design a bit to get your eraser to launch.

Heather Sheridan P.E., PMP is a Civil Engineer and Project Manager at Black & Veatch in the Hydropower Department. Heather has a BS in Civil Engineering from the University of California, Davis with a focus on hydraulic structures and environmental design.