Reinvention: From Fixing up My Home to Helping Others Construct Theirs

My progression from an uninformed homebuyer to a frequent volunteer on home construction sites has brought many rewards.

In 1991, I purchased my first (and still current) home. It was a huge step for me, but one I never doubted I would take. I was single, and this new home had 4+ bedrooms and was classified as a five-story split-level (think of a two-story sublevel attached to a three-story, offset by half a floor).

I had fallen in love with the 2 acres it came with, so I took the plunge. It was also old, and not particularly well built nor completely up to code. But, I was young and naïve and had little knowledge about these things. So, long story short, it needed a lot of work. I immediately bought a few how-to books and some basic tools to tackle some of the more cosmetic things.

One day the radio station I listened to regularly announced that they were partnering with Habitat for Humanity to build a house in the area. I thought this sounded like a great way to meet people and to learn a few things about how houses were built. I also liked finding ways to help others. 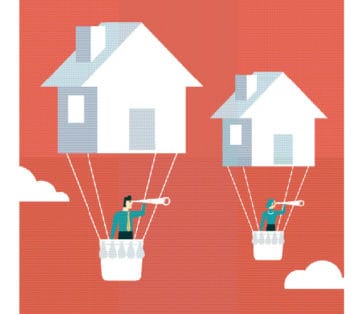 Over the years, I have volunteered on many build sites, especially during the annual Women Build weeks, and even traveled to Biloxi, Mississippi, after Hurricane Katrina hit. A few years ago, I was approached by the CEO and president of the Habitat affiliate in my county to apply for an open position on the board. My career was taking a lot of time out of my week, and time to volunteer on build sites was limited to a few hours a month. So I thought this would be a good way to remain active in the organization, learn more about how it operates, and give back to my community. The next two years were eye opening. I learned so many things I never knew about this amazing organization, including mistaken assumptions I had, such as incorrectly believing that Habitat gives away homes. To be clear, it does not.

NEXT STEPS ON MY JOURNEY

I decided to retire in 2018 and began to wonder what was next for me. I knew I wanted to follow one of my passions — some would say I have too many, but I don’t think that’s a problem — and pursue something creative and hands-on. During my time on the local board for Habitat for Humanity (in Summit County, Ohio), I learned that some volunteers go out once or twice a week (or more) and work on a variety of home construction projects. Our affiliate calls them Loyal Volunteers, or LVs. I thought this might be a good place to apply my time and fulfill my desire to help people.

It was a bit challenging at first, not because I was typically the only female on the build site (we are used to that), but because I didn’t have the building knowledge that I assumed the others had. Off I went on a Tuesday morning to an address downtown, my tool belt and hammer in hand, to see what I could do. I was pleasantly surprised to find that one of the three Habitat site supervisors was a woman.

The site supervisors on every build I have ever been on are incredibly patient and very willing to teach how to do everything they need you to do. In addition, most of the LVs were excited to have a new person and welcomed me with open arms, often giving me pointers on how best to accomplish different tasks. The LVs are all retirees looking for a way to spend their time and to help develop quality, affordable housing for our partner families. It was great to get to know a new group of people and to make some new friends.

I am now a regular on Tuesdays and have earned my “Buddy Bucket,” a 5-gallon bucket like you might find in hardware stores that is given to LVs after completing 100+ volunteer hours. The bucket makes it easier to bring your tool belt and tools to the job site, and also is quite handy to sit on during the lunch break as there is often nothing else to sit on. I have hammered many a nail; cut, hung, mudded, and sanded drywall; hoisted roof rafters into place; put in insulation; installed a stove; hung cabinets; dug trenches for drain pipe; and performed many other tasks in the past year and a half. I love attending the Home Dedications and watching as a new family is handed the keys to their first home. I never doubted I would own my own home, but I never knew how wonderful it could be to help someone else own theirs as well. 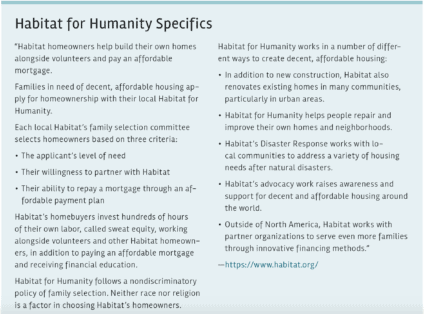 Mary C. Verstraete, Ph.D., F.SWE, is an associate professor emeritus of biomedical engineering at The University of Akron. She is chair of the SWE editorial board, was named SWE’s Distinguished Engineering Educator in 2007, received the Society’s Outstanding Faculty Advisor Award in 2011, and became a SWE Fellow in 2016.

“Reinvention: From Fixing up My Home to Helping Others Construct Theirs” was written by Mary C. Verstraete, Ph.D., F.SWE, SWE Editorial Board Chair. This article appears in the 2020 spring issue of SWE Magazine.