In our SWE Endowed Scholarships series, we'll feature one endowed scholarship each month. These blog posts will highlight the scholarship's namesake, the amount awarded and any relevant criteria for application. This month, we feature the Ada I. Pressman Memorial Scholarship. 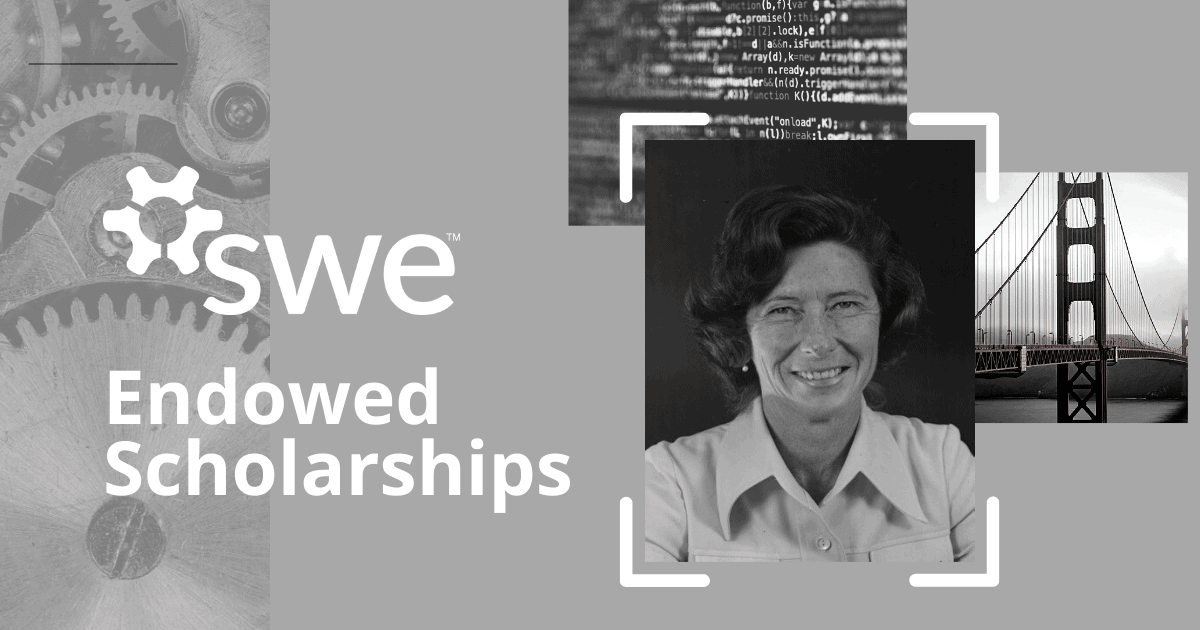 Share
Tweet
Share
Email
More
0 Shares
In our SWE Endowed Scholarships series, we’ll feature one endowed scholarship each month. These blog posts will highlight the scholarship’s namesake, the amount awarded and any relevant criteria for application. This month, we feature the Ada I. Pressman Memorial Scholarship.

Ada left a very large bequest for the scholarship endowment and SWE’s Board of Trustees was able to create six renewable scholarships from her gift. 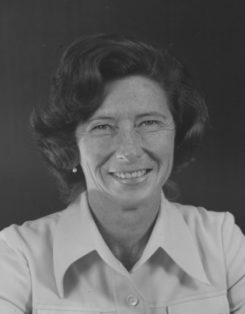 Ada Irene Pressman was born in Sydney, Ohio and attended secondary schools there. She received her Bachelor of Mechanical Engineering from Ohio State University in 1950. Following graduation, she joined Bailey Meter Co as a project engineer. In 1955, she joined Bechtel as a power control systems engineer. In 1969, she received a Master’s in Business Administration from Golden Gate University in California. She became a registered Professional Engineer (PE).

Ms. Pressman was recognized as a pioneer in combustion control and burner management for supercritical power plants. With this expertise she managed 18 design teams for over 20 power generating plants throughout the world. One of her many notable career accomplishments was her leadership as principal engineer for the San Onofre nuclear power plant south of Los Angeles. Ada could be described as a quiet leader but no one would doubt that she was in charge. She  became Chief Control Systems Engineer. At her retirement form Bechtel she was Engineering Manager.

Ada joined SWE in 1954 as a charter member of the Cleveland Section and became a Senior Member in 1961. Ada had an active SWE “career” with the distinction of being a “three pin” president of SWE –the Past Presidents pin, a SWE Fellow pin and the SWE Achievement Award pin (1976). She was SWE President 1979-80, a tumultuous period as the Equal Rights Amendment (ERA) was being fiercely debated. Ada also received the Distinguished Service Award. Ada was elected to the SWE Board of Trustees in 1983. As Treasurer she led the Board from handwritten ledgers into the computer age.

Ada was also an active member of the Instrument Society of America and eventually became national President. She received the distinguished Alumni Award from Ohio State and the Outstanding Engineering Merit Award from Bechtel. She was a member of ANS and NSPE.  Ada was widowed early with death of husband Marvin H Pressman in 1970. She was an avid golfer and was always ready with her clubs.

Ada left a very large bequest for the scholarship endowment and the BOT was able to create six renewable scholarships from her gift.