Skip to content
TRENDING
Podcast: “The Change Starts with Me” — An Aerospace Engineer with Dreams of Greater D&I 7 months ago
Spotlight on High School Educator Vanessa Coronado 3 months ago
Hello from your WE Local Raleigh Host Committee! 2 months ago
Why Should You Attend We Local? 11 months ago
Successful Events for SWE Affiliate, India’s Mody University 4 months ago
Next
Prev
Facebook-f Twitter Linkedin-in Youtube Soundcloud Instagram Flickr

Title IX Still on the Brink

Women’s rights proponents hope the public’s comments can somehow change what they see as the Trump administration’s proposals to gut Title IX law.

The Trump administration’s proposed Title IX overhaul would require K-12 schools, colleges, and universities to ignore sexual harassment until the harassment becomes so bad, a student wouldn’t feel safe to attend class or drops out of school altogether, according to legal experts.

“[The Trump administration’s proposed revisions] ignore that a majority of sexual harassment is not reported; that 30 percent of survivors drop out of college; and that when girls and students have to face their harasser or their rapist at school or in their classrooms, they often no longer feel safe,” said Shiwali Patel, J.D., senior counsel for the National Women’s Law Center, a Washington, D.C.-based nonprofit group that advocates the rights of girls and women through litigation and policy initiatives.

“They may feel forced to miss classes or drop out altogether.”

The Trump administration would change the definition of sexual harassment — “with the effect of giving schools enormous liability protections,” said Osub Ahmed, a policy analyst for women’s health and rights for the Center for American Progress, a Washington, D.C.-based public policy research and advocacy organization.

“The proposal would undo a lot of the progress to advance gender equity and to ensure that victims of sexual assault — about one in five women and nearly one in 18 men — have access to the resources they need to pursue justice.”
– Osub Ahmed, policy analyst, Center for American Progress

The change also would hurt LGBTQIA students, who experience sexual harassment at a disproportionately higher rate than their peers, said Anne Hedgepeth, director of federal policy for the American Association of University Women (AAUW).

That would be a double blow to the LGBTQIA community, since the Trump administration in 2017 rescinded guidance that detailed how the rights of transgender students are protected under Title IX, Hedgepeth said.

Hedgepeth, Ahmed, and Patel say just about every detail of the Trump administration’s Title IX redo, served up by U.S. Secretary of Education Betsy DeVos, would do untold harm to sexual assault and harassment victims.

The other major areas of concern include:

Under the current guidance, students can report their sexual assault to almost any school employee, including faculty or advisers, and a school is required to investigate when it “knows or reasonably should know” about a possible sexual assault.

“[Under the proposed changes], schools would be allowed to ignore harassment simply because a student didn’t submit [his or her grievance] to the right person,” Patel said. “Many students, particularly K-12 students, don’t know who the Title IX coordinator is. Many adults don’t know.

“In K-12 education, who is the most likely person a child would tell? Probably a teacher’s aide or someone who is close enough to the student that they’re trusted. Yet the teacher’s aide isn’t the one with authority. So if a teacher’s aide who receives a report of sexual abuse doesn’t say anything, the school is not liable.”

In fact, the proposed rule would require sexual assault or abuse survivors or Title IX coordinators to produce and sign a formal document about the assault for the school to begin an investigation. The Title IX redo would also let survivors and accused students have advisers who would conduct a cross-examination.

Additionally, either party could request that “cross-examination to occur, with the parties located in separate rooms with technology enabling the decision-maker and parties to simultaneously see and hear the party answering questions.”

Live hearings and cross-examinations are not mandated for any other student-conduct issue, Patel said. “Why create these separate processes that re-traumatize victims and make it harder for them to come forward, particularly when they’re unnecessary?” she said. “Schools can offer other ways for parties to obtain information from each other.”

“Permitting victims to be cross-examined or questioned in a live hearing is highly problematic,” Ahmed said. “Such a move is likely to undermine rights and safety of victims and contribute to a hostile environment, in direct contradiction to the purpose and spirit of Title IX.”

The Trump administration proposal also would give schools a broader exemption from Title IX responsibility due to religious reasons.

The National Women’s Law Center says, under the proposed change, “schools could come up with a religious excuse justifying their discriminatory action after the fact, once they are already under investigation for violating Title IX. Students and families would not know in advance whether the student’s school is claiming the right to discriminate against them without any liability.”

Schools would be required to use a more demanding standard to investigate sexual harassment. The proposed rules also could make it more difficult to kick off campus a harasser or attacker. That’s because the proposed changes let schools choose between a “preponderance of the evidence” standard of proof and a higher “clear and convincing” standard when determining guilt.

That’s a clear shift from the Obama administration’s 2011 guidance that identified the preponderance of the evidence standard as the correct standard of proof in campus sexual misconduct cases.

“The proposed rule would bolster the rights of accused students,” Patel said. “These changes tap into a sentiment — which President Donald Trump’s rhetoric against the #MeToo movement has stoked — that men have suddenly been put on trial without due process.

“For instance, the proposed rule underscores the importance of the presumption of innocence,” Patel said. “That would mean schools would start with the presumption that the reported harassment did not occur, exacerbating the rape myth that women and girls ‘lie’ about sexual assault, when in fact, most don’t even report it.”

The rule also requires schools to conduct individualized risk and safety assessments before removing an accused student from campus and allow the accused to immediately challenge their removal.

Though the deadline to comment on the proposed changes to Title IX has passed, AAUW’s Hedgepeth said there may yet be another opportunity for opponents to comment if and when the Trump administration issues a final rule for Title IX.

“We still want people to make their voices heard, whether that’s by writing letters to the local newspaper or making their concerns known with their schools and school boards.”
– Anne Hedgepeth, director of federal policy, American Association of University Women

Comments can be submitted at nwlc.org/respectstudents or at https://www.regulations.gov/. 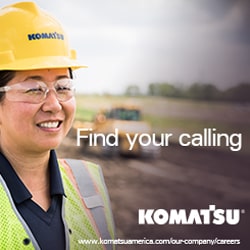