Investing in the Future of Women in Technology

Canada has begun funding the ambitious ideas of its women entrepreneurs and technology leaders, with two initiatives aimed at investing in startups. Yet a third campaign focuses on gaining international commitments to gender equality and pay equity for women in clean energy. 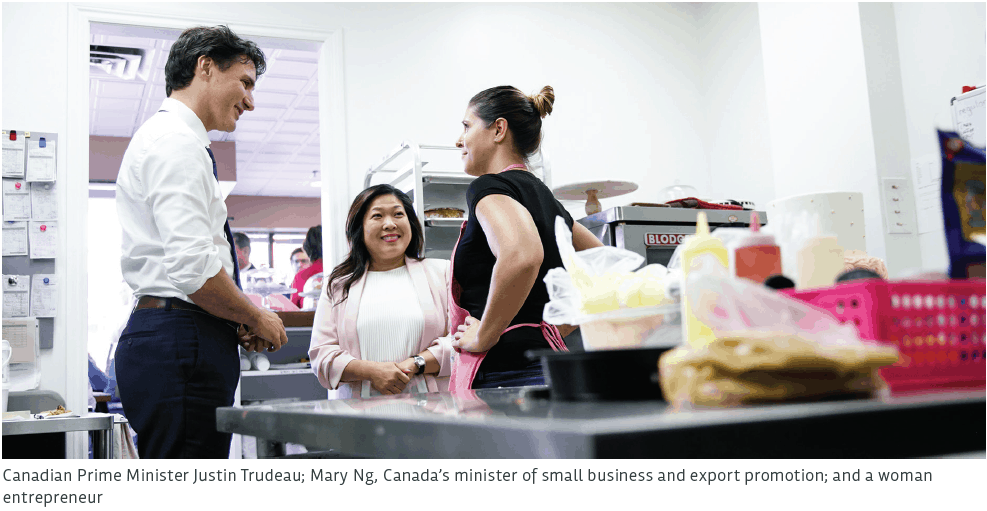 Determined to improve those statistics, last fall the Canadian government launched its Women Entrepreneurship Strategy (WES) — a $2 billion investment with a goal of doubling the number of majority women-owned businesses in Canada by 2025, by increasing access to financing, networks, and advice.

“We have the potential of adding up to $150 billion dollars in incremental GDP to the Canadian economy,” Mary Ng, minister of small business and export promotion, said. “Our government believes that women’s economic empowerment is not just the right thing to do; it’s good for the bottom line.” 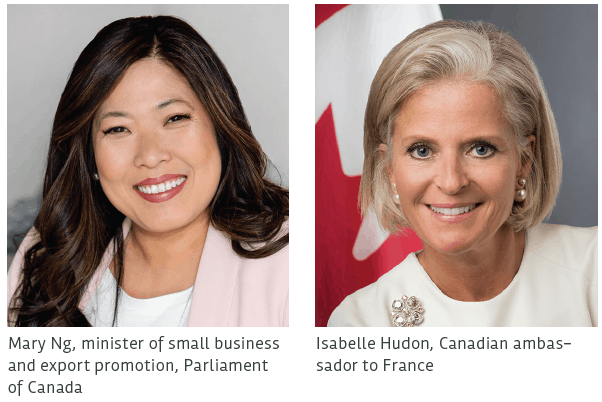 WES is working in concert with BDC Capital’s five-year, $200 million Women In Technology (WIT) Venture Fund. “BDC supports women in building and scaling up their businesses, while also empowering the next generation of women role models and mentors,” Ng said. “With women’s full participation in our economy, we will produce more world-class businesses that can compete and win on the world stage.”

Three of the first recipients of WIT funding are Eigen Innovations, which brings artificial intelligence to manufacturing automation; Beanworks, which is developing automated accounts payable systems; and Kiite Inc., which has created “the world’s first AI sales coach.” All three are either owned or run by women, with Eigen Innovations receiving the largest investment ($3.5 million).

“In order to have a lasting impact on the business landscape, it’s critical to demonstrate the value of diverse teams and pave a path to success for girls and women who are interested in a future in tech and investments,” Michelle Scarborough, managing director, strategic investments and Women in Tech, BDC Capital, said, as the investments were announced. “That’s why we look to partner for long-term success in companies that bring together the right technology, team, and resources to disrupt and transform today’s markets, think big, and have the passion and drive for success. The companies for which we announced funding today do this in spades.”

Complementing the WES strategy is the $20 million Women Entrepreneurship Fund, which announced its first 21 successful applicants on March 8, each receiving $100,000 grants to build their businesses. More than 200 women-led companies will eventually receive similar funding.

Among the announced recipients are:

Gender equality and pay equity in clean energy by 2030

Launched in 2018, the Equal by 30 campaign is part of the Clean Energy Education and Empowerment Initiative (C3E), which works to increase the participation of women in the global push toward clean energy, and to close the industry’s gender gap. It is a joint Clean Energy Ministerial and International Energy Agency initiative.

“Worldwide, women continue to be underrepresented in energy and clean energy, where participation rates are 25 and 35 percent, respectively. Canada’s clean energy figure is lower by comparison, at only 25 percent,” Natural Resources Canada’s website states. “The Generation Energy vision tells us that inclusiveness will be fundamental to success, and across Canada, stakeholders who contributed to that vision have made it clear the time to act is now.”

So far, Equal by 30 has received commitments from every country in the Group of Seven (G7). Partners include the International Energy Agency, the Energy Council of Canada, the Clean Energy Ministerial Secretariat, and Women in Renewable Energy.

“Successfully transitioning to a low-carbon future will depend on our ability to harness all possible talent in service of the breakthrough ideas and solutions that will transform our world,” Isabelle Hudon, Canadian ambassador to France, said at the 2018 G7 Summit in Canada. “We simply cannot do it if half of the global population continues to sit on the sidelines.

“We need to take action together, to close the gender gap in clean energy, and help women succeed in industries where they have traditionally been underrepresented.”

Hudon noted that increasing the participation of women on boards by even 10 percent leads to significant increases in profits. “That’s potential growth that we won’t be able to unlock unless we get serious about empowering women, paying them fairly, and giving them opportunities to succeed.”

In its push for equal pay, leadership, and opportunities for women in clean energy, Equal by 30’s website brims with optimism and statistics that back it up: “According to the G20, reducing the gender employment gap by 25 percent by 2025 could add a full percent to baseline GDP growth for OECD countries — and 100 million new jobs for women.”

And McKinsey Global Institute estimates that by taking steps to advance greater equality for women — such as employing more women in technology and boosting women’s participation in the workforce — the world could add $12 trillion to its economy by 2025.

Hudon, who is also co-chair of the Gender Equality Advisory Council for Canada’s G-7 Presidency, will revisit Equal by 30’s progress when the Clean Energy Ministerial convenes in Canada in May 2019. “The campaign is a clear call to action for governments, companies, and organizations around the world to make gender equality a priority,” she said. “It’s time we turn good intentions into meaningful action.”