The Programming Pioneers of ENIAC

On Feb. 15, 1946, the Electrical Numerical Integrator and Computer (ENIAC) was unveiled at the University of Pennsylvania’s Moore School of Electrical Engineering. We’re still learning about its women programmers, whose work transitioned the world from analog to digital computing with the flick of a switch.

In 1942, halfway through World War II, the U.S. War Department sent out a call for women mathematicians, advertising a salary of $2,000 per year, with a $400 bonus for working Saturdays. The job, computing ballistics trajectories by hand at the Moore School, was a tremendous opportunity for young women to make money doing what they loved — math — while serving their country. Adele Goldstine, along with Mary Mauchly, would train suitable candidates on the task. Newly married and fresh out of the University of Michigan with a master’s in mathematics, Goldstine also designed the advertisements and traversed the country, recruiting women from colleges and universities.

Among the 80 to 100 who answered the call were Kathleen McNulty Mauchly Antonelli, Marlyn Wescoff Meltzer, Frances Bilas Spence, Frances “Betty” Snyder Holberton, Alyce McLaine Hall (the only African-American woman in the program), and Ruth Lichterman Teitelbaum. Later, Jean Jennings Bartik, a farmer’s daughter from Missouri with a B.S. in math, hopped a train to Philadelphia to join them.

For women often told they should raise children, not study math, learning inverse interpolation from Goldstine must have been a tonic. “The first day of class, in walked this woman dressed in a skirt and blouse, with a cigarette dangling from the side of her mouth,” Bartik wrote in her autobiography. “She perched on the edge of her desk with her left leg thrown up over the corner and began to lecture … I sure knew I was in the big city now!”

With the War Department desperate to receive data for firing tables, pressure was high. Each ballistics trajectory took 40 hours to calculate by hand. A lucky few (Bartik, Antonelli, and Spence) were assigned to the differential analyzer. Nicknamed “Annie,” the giant calculator was 35-feet long, a temperamental series of camshafts, gears, and wheel-and-disc “integrators.” Each problem required painstaking manual setup. On good days, Annie could perform 40 hours’ worth of calculations in 15 minutes. On bad days, her gears slipped and ground to a halt.

Even with dozens of women hand-calculating six days a week in a converted frat house nearby, and with Annie speeding the process, the firing tables fell further and further behind. More “horsepower” was needed. On the first floor of the Moore School, that replacement moved to the forefront.

Philadelphia sizzled in the summer heat of 1945, and there were only two air-conditioned rooms in the Moore School. One housed the differential analyzer; the other held the top-secret ENIAC, hidden behind a door marked RESTRICTED. Some mornings, workmen repairing the school’s roof gathered outside that door, hoping to soak up some cool air.

Adele and her husband, Captain Herman Goldstine, Ph.D., who secured the program’s funding, helped choose women computers to program the ENIAC, and though she didn’t have the final word, Adele’s endorsement carried weight. Fifty years later, in IEEE’s Annals of the History of Computing, Bartik recalled being interviewed by Dr. Goldstine. “I remember him asking me what I knew about electricity. I said I had had a course in physics and knew E = I/R. He replied what he really wanted to know was, ‘Are you afraid of it?’ I replied that I wasn’t.” She also remembered Adele looking at her, then nodding to her husband as they left the room. Soon after, Bartik got the job.

Improvisation was a rule of the day. The small group of women had to program this computer, breaking down differential equations into discrete steps the computer could handle — but they didn’t have a security clearance to see it. “They gave us big block diagrams of the units of the ENIAC and we were supposed to study that to figure out how to program it!” Bartik said.

Once cleared, the women entered the ENIAC’s lair. In Kathryn Kleiman’s 2014 minidocumentary, “The Computers,” Antonelli recalled, “We learned, you might say, from the back forward. We learned about the [vacuum] tubes first and then we came around and found out what the front did.”

In Kleiman’s film, Bartik elaborated. “Programming required the monumental task of individually connecting hundreds of cables from one part of the machine to the other, and thousands of manual switches. The ENIAC was a sonofabitch to program. It was a parallel machine, so that many different operations could take place at one time. You had to coordinate the timing of them so things could get back into synch.”

Kleiman, founder of the ENIAC Programmers Project, and a lawyer, author, and historian, has spent 20 years researching the subject. “If you look at the panels for ENIAC, you see accumulators, which add, subtract, and store,” she explained. “The three multipliers had no storage. To do a multiplication, you literally brought the numbers in from the card punch. Two accumulators have stored two numbers, and you have to wire those numbers via two digit cables into the high-speed multiplier, then bring a program pulse in. If the multiplier gets the pulse at the right time, the two numbers will multiply. Then, that number is taken away with another digit cable to the accumulator for storage. So when Jean says ‘it’s a parallel machine,’ the timing of the multiplier, the square root, and the accumulator are all different, and goodness help you if you didn’t keep track of it.

“These women were brilliant — putting a ballistics trajectory on the ENIAC was a mind-boggling equation,” Kleiman said. “We’ve been saying for 20 years what they did, and we were told that because they were women it didn’t matter.”

Faster than a speeding bullet

“It took a whole big room and it was black and dark as it could be and it was just a monstrous thing,” Betty Snyder Holberton recalled in Kleiman’s documentary. “You can’t imagine what a computer is today compared to that!”

Where “Annie” was a beast, the ENIAC was a behemoth. With 18,000 vacuum tubes, 70,000 resistors, 10,000 capacitors, 1,500 relays, and 6,000 manual switches, the ENIAC was 80-feet long, weighed 30 tons, and covered 1,500 square feet. It pulled 150kw of electricity, though contrary to popular myth, powering up did not dim the lights of Philadelphia. If one of those 18,000 vacuum tubes blew, none of the calculations would be correct. Lichterman and Wescoff became adept at locating failed tubes, narrowing the process to minutes.

By early 1946, ENIAC was ready for its close-up — almost. In IEEE’s Annals, Bartik recalled, “The night before the demonstration, the trajectory program was running perfectly, except it didn’t stop computing when it was calculated to hit the ground. It kept going. Betty and I checked and rechecked everything until about 2 a.m. During the night it came to Betty what was wrong. She came in the next morning and flipped one switch on the master programmer and the problem was solved. Actually, Betty could do more logical reasoning while she was asleep than most people can do awake.”

The press, then scientists and technologists, flooded the room for the two-part demonstration. “The day ENIAC was introduced to the world was one of the most exciting days of my life,” Bartik said in Kleiman’s film. “The demonstration was fabulous. ENIAC calculated the trajectory faster than it took the bullet to travel. ENIAC was 1,000 times faster than any machine that existed prior to that time.”

After the flawless rollout, ENIAC’s inventors, engineers, and the Army “brass” who funded the program held a gala dinner to celebrate. The women programmers were not invited. Nor were they named in the worldwide newspaper and newsreel coverage that followed.

The term “refrigerator ladies” likely refers to an advertising technique where models pose with machines to help sell them. “There was a steady stream of people arriving to take pictures and, of course, they took pictures of us alongside the machine, like models today,” Bartik said in “The Computers.” “We were kind of flattered, that we were considered pretty enough I guess, to stand alongside this machine.”

When they weren’t dismissed as models or “refrigerator ladies,” they weren’t mentioned. The women had degrees in math, but their beginning classification as civilians working for the War Department was “subprofessional,” while men of the same education and experience were designated “professional.”

It wasn’t until women historians like Kleiman began writing about the subject that a search for the names of the ENIAC “models” was launched. “I was studying computer science and I loved computer programming,” Kleiman said. “But as I got into the advanced courses, very few women were in those classes, sometimes none. So the question became: Do women belong in computing? I knew of only two major women in computing history: Ada Lovelace and Grace Hopper, and this did not make me feel warm and fuzzy about my future. So I went looking for more.”

She found four of the six. Though the last of the women programmers of ENIAC died in 2011, Kleiman’s dedication to preserving their legacies and presenting their stories continues, and she treasures them as friends, mentors, and role models. “I want them to be role models for everybody,” Kleiman said. “They’re amazing women everyone should know about. They were real people who did amazing projects but also had families and rich lives.

“They were funny, interesting, and charismatic — each very different from the next. Their stories need to be seen and heard. As a young lawyer who was being told I was making this up, I wanted evidence. And the best evidence I knew was their own words, on camera, discounting the myth that they didn’t do this work. Hopefully it’s all we need to end that discussion once and for all.”

Among the accolades late in coming was induction of the group into the Women in Technology International Hall of Fame in 1997. Holberton and Bartik received IEEE’s Computer Pioneer Award (in 1997 and 2008, respectively). Antonelli’s birth name (McNulty) graces the computing building of Dublin City University. Many more honors have come through their families’ and Kleiman’s diligent efforts. Still, Kleiman says, “This late recognition — it was completely insufficient. There should have been much more. And it shouldn’t have taken so long.”

The closing moments of “The Computers” are electric. In one of Bartik’s last public appearances, the faces of women and girls around her light up as they listen. Receiving their energy, her eyes sparkle in response — and the years fall away.

“The Computers” is available at Women Make Movies or click here to view at ENIAC Programmers Project. 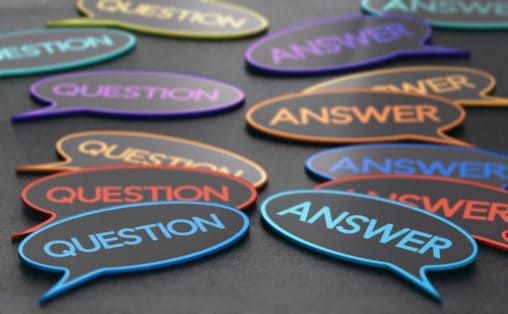 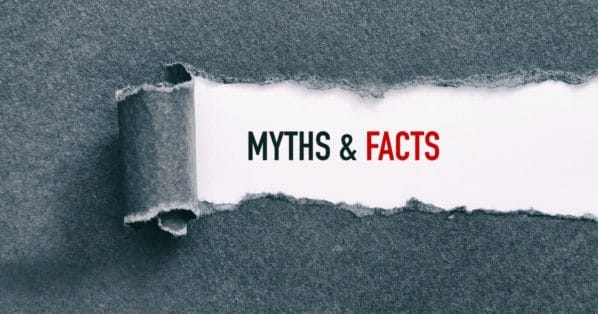